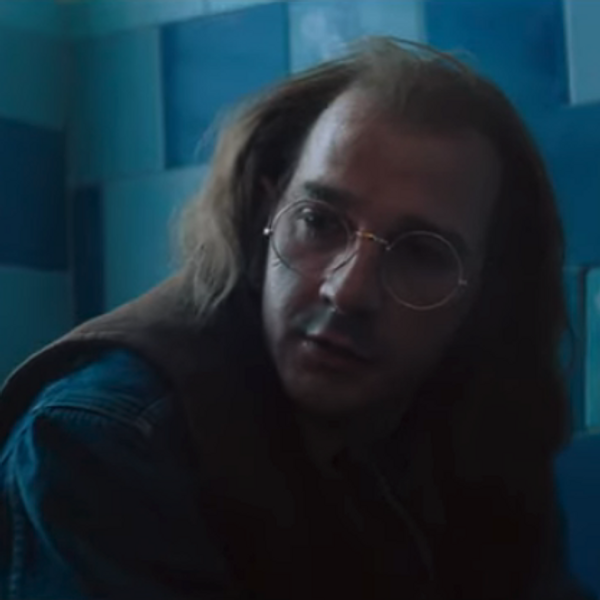 We've known Shia LaBeouf's semi-autobiographical film Honey Boy was coming for a while, but we didn't know just how deep he would delve into the darkest parts of his childhood, until the trailer dropped today.

In what's shaping up to be a devastating film, which LaBeouf wrote based on his own life, Lukas Hedges (Lady Bird, Moonrise Kingdom) plays an adolescent LaBeouf proxy Otis Lort, while a curly-haired Noah Jupe (A Quiet Place) plays the childhood "Otis" we'd remember from Disney Channel. In what might count as experimental therapy, LaBeouf cast himself as his own father, James Lort. Natasha Lyonne plays his mother and his ex (or possibly current) girlfriend FKA Twigs stars as a childhood friend and neighbor.

You can find most of the facts of LaBeouf's life revealed in the two and a half minute trailer on his Wikipedia page. However, when writing or reading snarky articles about his many eccentric projects, whether it's live-streaming his wedding or beefing with unlikely foes, we don't often think about how LaBeouf started acting when he was 10, not because it was his dream, but because his family was broke. That his father, an ex-rodeo clown, traumatized veteran and felon, emotionally abused him while managing his career. Or about how these facts contributed to Shia's early 20s stints in jail and rehab.

The trailer is full of vignettes from LaBeouf's life — Shia-Lukas-Otis running from an explosion on what's clearly the set of Transformers, shooting iconic Even Stevens scenes, and unflattering tabloid photo ops of his various late '00s misdemeanors — that will be familiar and nostalgic for millennials who grew up alongside him. But the nostalgia is sinister, as you watch a pot-bellied, balding Shia LaBeouf bully his younger self, threatening him with the consequences of failure, while promising he's the only one who's really on his son's side.

In one scene, LaBeouf-as-his-dad asks his childhood self to consider about how humiliating it to be on your son's payroll. Child Shia responds: "You wouldn't be here if I didn't pay you."

Hedges pulls off LaBeouf's strange, doofy, suburban drawl perfectly, as he spits at a cop as a twentysomething: "You think you're hot shit, because you don't know how good I am at what I do." We most recently saw LaBeouf act in the brilliant American Honey, and his performance too, looks pretty incredible.

Related | Life In the Sasha Lane

LaBeouf started writing the script as a therapeutic exercise in his rehab program, according to a Q&A he gave in January, via The Hollywood Reporter. He explained that he naturally diaries in script-form, "Because that is how I can read, which is a weird thing."

"It is strange to fetishize your pain and make a product out of it and feel guilty about that," he continued. "It felt very selfish. This whole thing felt very selfish. I never went into this thinking, 'Oh, I am going to fucking help people.' That wasn't my goal. I was falling apart."

From rehab, LaBeouf sent the script to Alma Har'El, a director with music videos for Beirut and Sigur Ross, Airbnb commercials, and the feature film Bombay Beach on her resumé.

Har'el and LaBeouf see the film as an exploration of "art as medicine and imagination as hope through the life and times of a talented, traumatized performer who dares to go in search of himself."

Honey Boy is out in theaters on November 8.