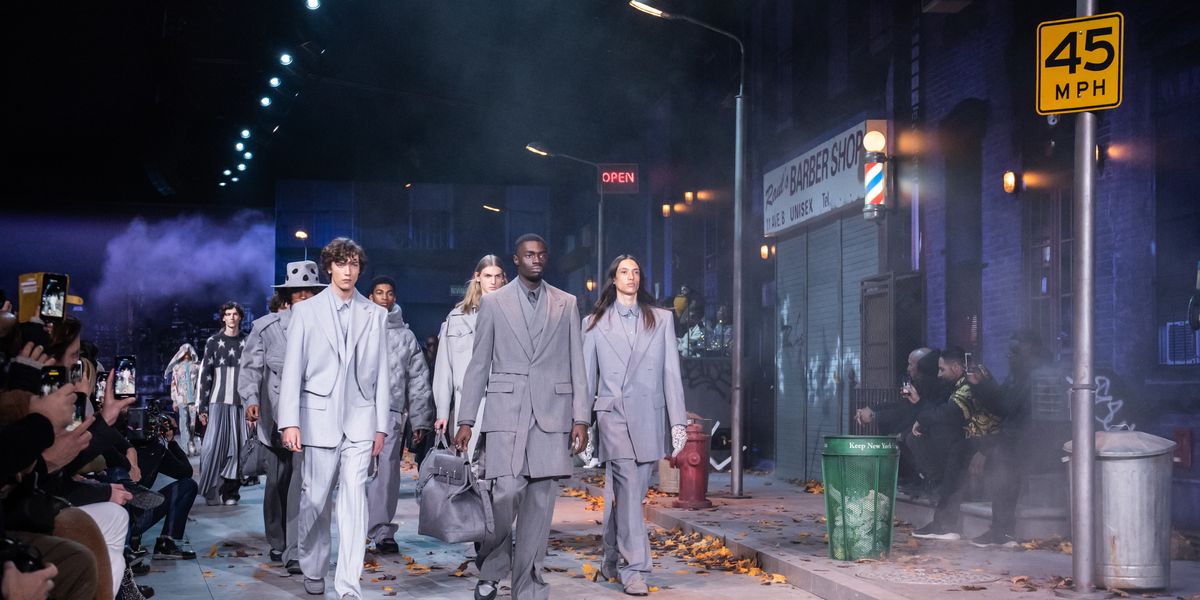 Wes, a sometime model who has previously walked for Yeezy and Helmut Lang, was styled in the show's standout look: an over-sized gray suit with matching duffel bag, somehow retro and futuristic at the same time. Not unlike Jackson himself.

As Dev Hynes provided the music, Wes led the pack on a runway converted very convincingly into the set from Jackson's iconic video for his Thriller No. 1 "Billie Jean." Jackson wears an over-sized grey trench in the clip which — fun fact — is credited as one of the first appearances by a black musical artist on MTV.

Louis Vuitton's Menswear Fall/Winter 2019-2020 show was attended by a number of celeb VIPs, most notably Frank Ocean and Timothee Chalamet, who sat together in the front row alongside the likes of Naomi Campbell, Kid Cudi, and Offset.

Louis Vuitton Official on Instagram: “New York to Paris. For @virgilabloh’s #LouisVuitton #LVMenFW19 show, the corner of Rivington and Ludlow has been recreated in the Jardin…”

After the show, Wes posted to his Instagram Stories that he was "very inspired." Same.