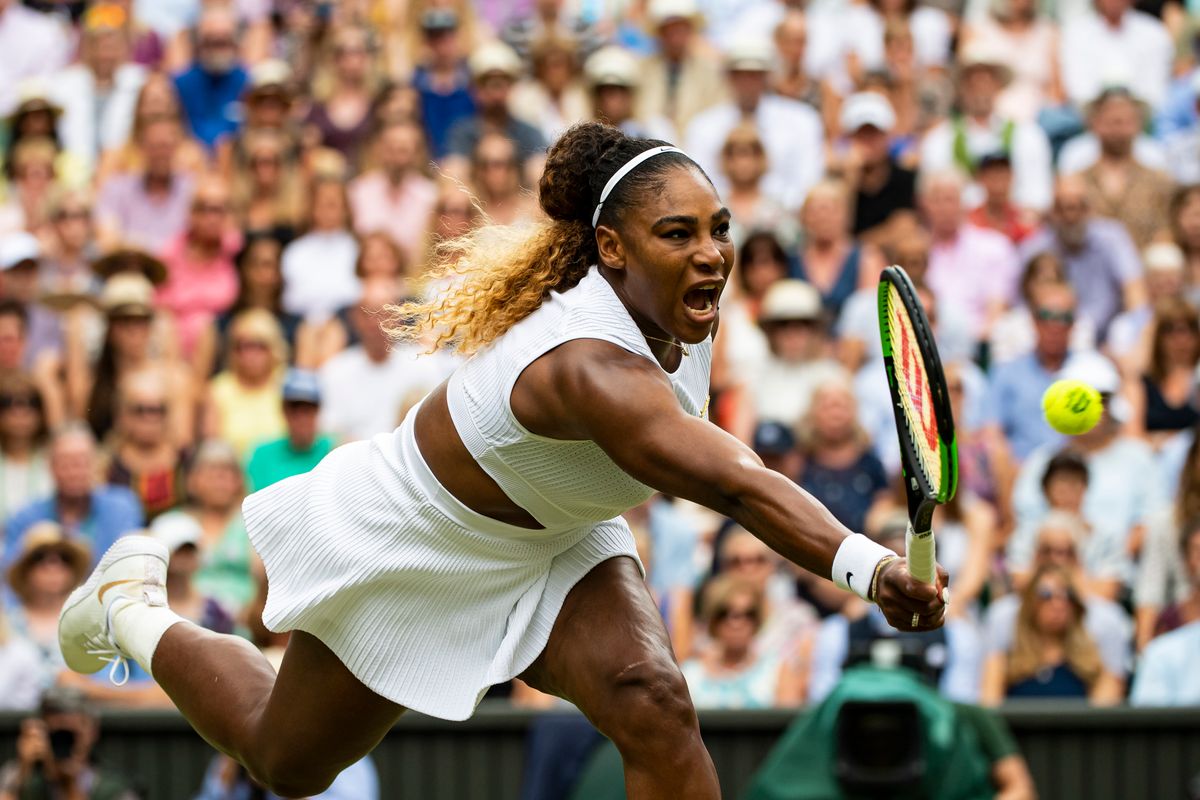 Serena Williams may not have won Wimbledon, but she spoke like a true champion for equality after her finals match. The US tennis superstar and celebrity took time to answer questions from the press after her loss to Romanian Simona Halpert, and one reporter asked her to comment on tennis legend Billie Jean King's statement saying Williams should "focus on tennis." Her response was perfect.

When asked to comment about these remarks at the end of the forum, Williams said, "The day that I stop fighting for equality, and for people that look like you and me, will be the day that I'm in my grave." This, of course, led to overwhelmingly positive reactions and praises for our one true tennis queen and equality warrior.

"Views you should stop thinking about being a celebrity and fighting for equality to focus on tennis?"

SW: "The day I stop fighting for equality, and for people who look like you and me? Will be the day I'm in my grave." #GirlBye pic.twitter.com/hRNBxRet0R

But many are also pointing out how the reporter had taken Billie Jean King's comment out of context.

Back in June, twelve-time Grand Slam champion King gave some advice to the 37-year-old athlete. "She's got a baby, she's trying to help gender equity, particularly women of color," she pointed out. "But it makes it much harder. I would like her to put everything else aside, because she's got people working on those things. I wish she would just make a commitment for the next year-and-a-half to two years and say, I'm going to absolutely focus on what's necessary for my tennis, so when I look in the mirror when I'm older then I can go back in my mind and know I gave it everything I had."

Still, King said, "If she's happy doing it this way, then that's fine. It's whatever makes her happy - it's not about us."

Seems like BJK’s comments came from the launch of the new Fed Cup format.

She doesn’t say Serena should necessarily give things up, just to put them on hold for a bit. But the choice was obviously hers. https://t.co/qsj08rgtGa

Also Billie Jean King never said Serena should stop being a celebrity & fighting for equality for a year and focus on tennis. Here’s what she actually said pic.twitter.com/gPPb3loeFH

the press person reduced a longer, thought-out interview from BJK to a simple "talking point" question.

at the same time, love BJK, but wish she didn't give the slightest to cover for questioning serena's commitment to tennis https://t.co/1wDHp8wbPr

I would never ask anyone to stop fighting for equality. In everything she does, Serena shines a light on what all of us must fight for in order to achieve equality for all.