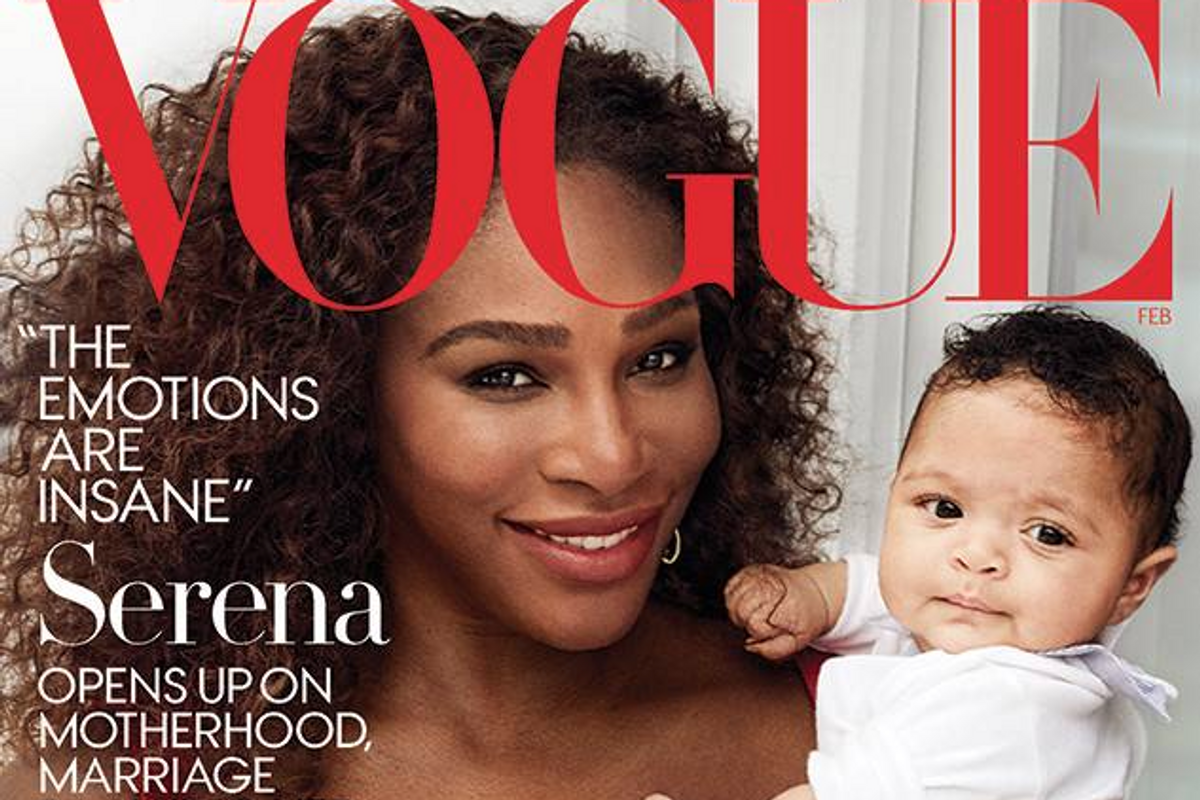 Surprisingly, Serena Williams in a red Versace gown isn't the most beautiful thing about the February cover of Vogue— note the tiny human in her left hand (and huge rock on her finger). Williams' 4-month-old daughter (who already has 207,000 followers on Instagram) has made her debut as the youngest person to grace the cover of Vogue.

"We're not spending a day apart until she's eighteen," Williams said in the cover story interview. "To be honest, there's something really attractive about the idea of moving to San Francisco and just being a mom...But not yet. Maybe this goes without saying, but it needs to be said in a powerful way: I absolutely want more Grand Slams." Her baby, Alexis Olympia Ohanian, Jr., named after her father, Reddit co-founder Alexis Ohanian, also doubles as a good luck charm, "When I'm too anxious I lose matches, and I feel like a lot of that anxiety disappeared when Olympia was born." Although Williams won't be competing in the Australian Open this year, Olympia will no doubt bless the matches to come.