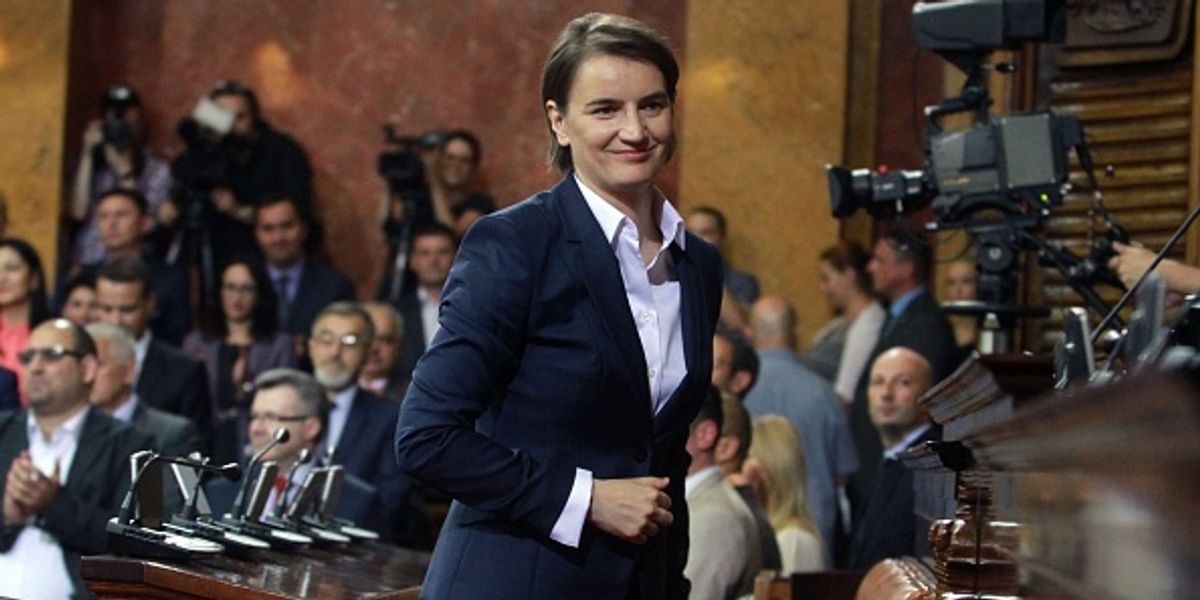 After a tumultuous journey filled with much opposition from conservative politicians in her country, Ana Brnabic has officially been named the new Prime Minister of Serbia. She was confirmed yesterday in a vote by Parliament, passing 157 to 55, earning her the honors being both the first female and openly gay Prime Minister in Serbian history.

Brnabic was nominated for the position by Serbian president Aleksander Vucic in a move that was largely thought to be a strategy for entrance in the European Union, to the dismay of Serbian political nationalists. She previously served as the country's first openly gay cabinet member when she was named the Minister of Public Administration, and fielded insults about her sexuality and gender back then. But Vucic had no issue over her sexuality, and was the first to mention it in a public sphere. "Ana Brnabic is a capable woman, a worthy woman, and I believe she will work with her whole heart to solve many problems in this country," he previously said on Serbian news.

This is a huge step towards complete LGBT equality in Serbia, where almost half of the population still thinks homosexuality is a mental illness. But Brnabic will not let her sexuality and its critics define her time as Prime Minister. "I'm not a spokesperson for the LBGT community," she previously said in an interview with Vice Serbia. "I don't want to be branded as a gay minister, just as my colleagues don't want to be primarily defined as being straight. All I want is to do my job as best as I can."