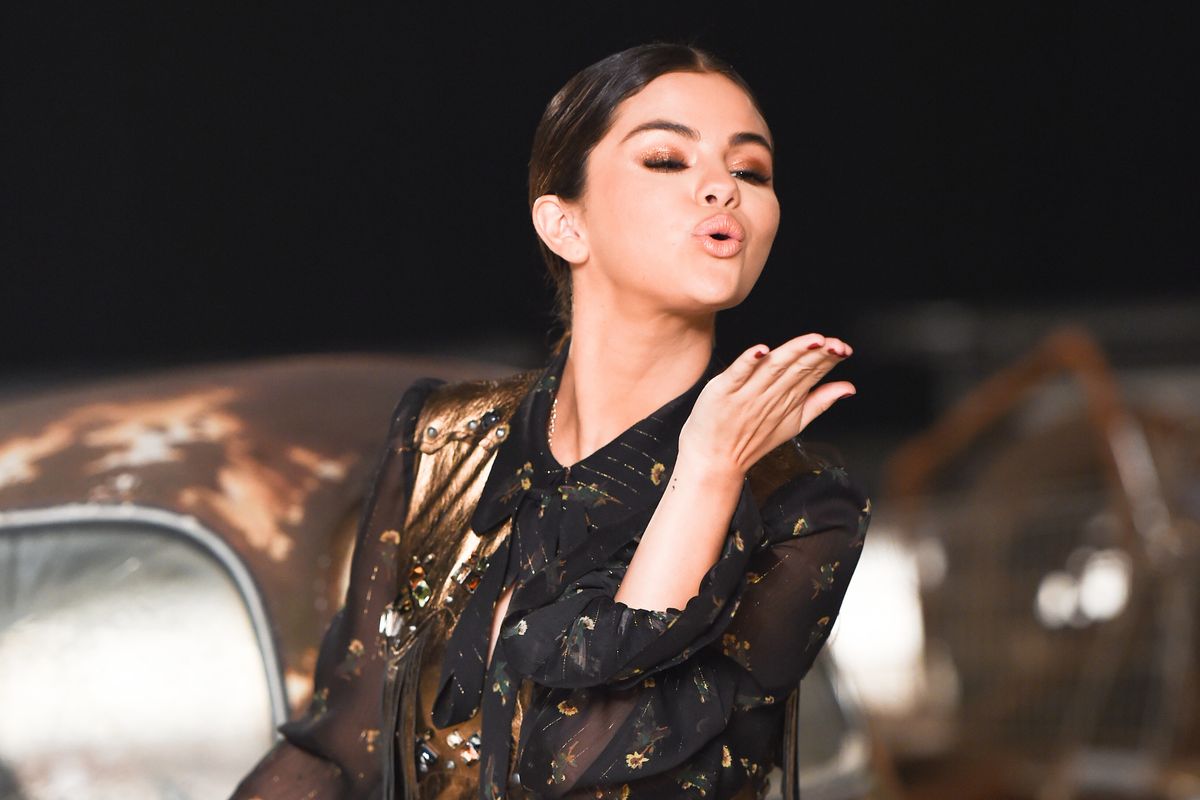 Selena Gomez sat front row at Coach's Spring 2019 show, in celebration of the brand for which she's not only the face but also design collaborator with, having debuted her second capsule collection alongside Creative Director Stuart Vevers just this month. While she tied her hair back in a slick ponytail for the event, she switched up her look for her after-hours affairs, silently clapping back at brand Dolce & Gabbana in the most creative way: with a barrette that read "Ugly."

Back in June, Instagram account @dietprada shared screenshots of a selection of Gomez looks with a hawk-eyed catch of designer Stefano Gabbana commenting, "È proprio brutta" which, roughly translated, means "she's so ugly." At the helm of one of Milan's most iconic fashion houses he might be, but Gomez proved this week that she's not at all affected by his comments and standing up against the haters. While the controversy might be old news at this point, Gomez seemed to be throwing shade at the designers by wearing a barrette that owned the phrase they, themselves, used to describe her. As she never commented at all on the issue, the stoicism is unmistakable.

As it is Fashion Month, we can't think of a better way for Gomez to send a message to the design duo than through her accessories, and we're so here for it.