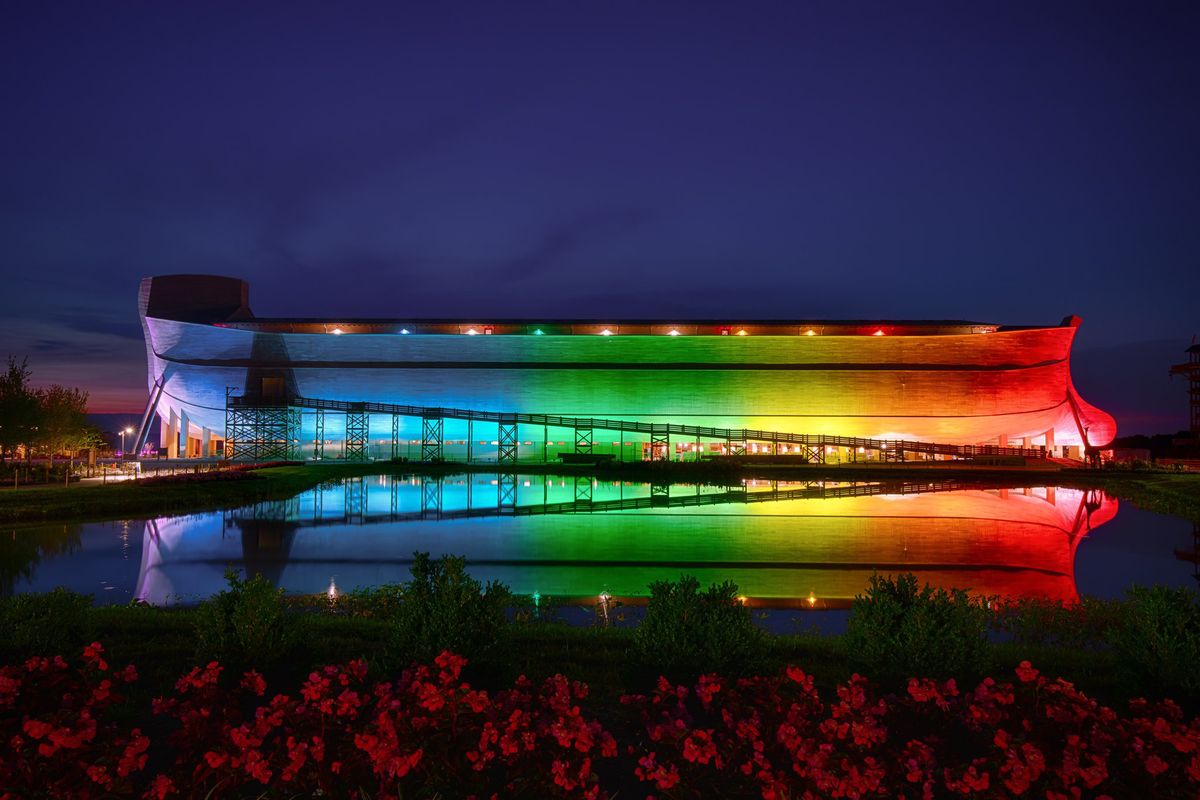 Say Hello to Your New Queer Icon, the Gay Boat

Ken Ham, founder of the Creation Museum in Petersburg, Kentucky, recently erected a life-size replica of Noah's Ark outside the museum. And because some people cannot understand that certain aspects of culture aren't for them, Ham tweeted photos of the Ark lit up in rainbow colors, but instead of celebrating Pride, he tried to reclaim the rainbow for straight Christian people.

The @ArkEncounter is lit permanently at night with a rainbow to remind the world that God owns the rainbow & is a sign of His covenant pic.twitter.com/U0dmKnXV2v
— Ken Ham (@aigkenham) July 18, 2017

Christians need to take back the rainbow as we do @ArkEncounter -God owns it-He decreed it's a sign of His covenant with man after the Flood pic.twitter.com/cNR51zTbPX
— Ken Ham (@aigkenham) July 18, 2017

Well if you know anything about Gay Twitter, you know that they won't let this float. The replica has been rebranded as the #GayBoat and is now the newest and possibly most iconic queer icon, according to gay corners of the Internet. Now we can't wait for next year's party on a Gay Boat for Pride. Fingers crossed we can get the Babadook to perform.

Pretty sure the boat is bi because it sails both ways. I'll see myself out now.
— Ecce_Homosexual (@Ecce_Homosexual) July 20, 2017