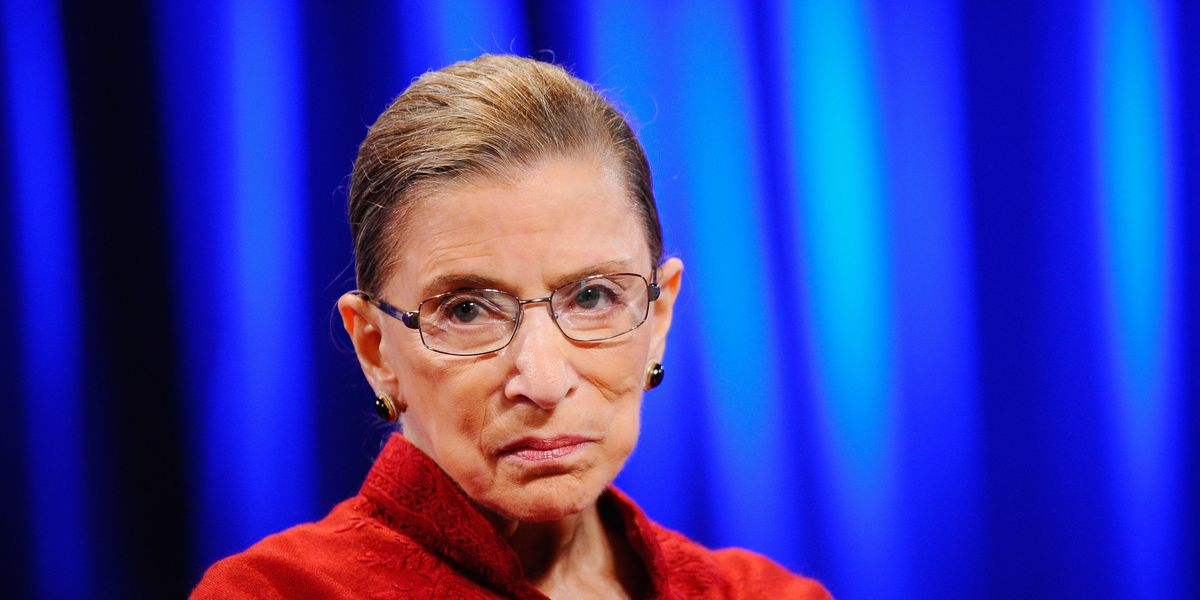 Ruth Bader Ginsburg has reportedly died. She was 87-years-old.

CNN reports that the Supreme Court Justice passed away on Friday. According to a statement from the Supreme Court, she was "surrounded by her family at their home in Washington, D.C., due to complications of metastatic pancreas cancer."

Ginsburg leaves behind a formidable legacy as the Court's liberal leader and a beloved political icon known for her fiery dissents — something which helped earn her the moniker the "Notorious R.B.G." First appointed in 1993 by then-President Bill Clinton, she was an unwavering advocate for gender equality, pay equity, and civil liberties who delivered progressive votes on hot-button issues such as abortion rights, same sex marriage, and immigration.

"Our Nation has lost a jurist of historic stature," Chief Justice John Roberts said. "We at the Supreme Court have lost a cherished colleague. Today we mourn, but with confidence that future generations will remember Ruth Bader Ginsburg as we knew her — a tireless and resolute champion of justice."

She will be laid to rest at a private interment service at Arlington National Cemetery.