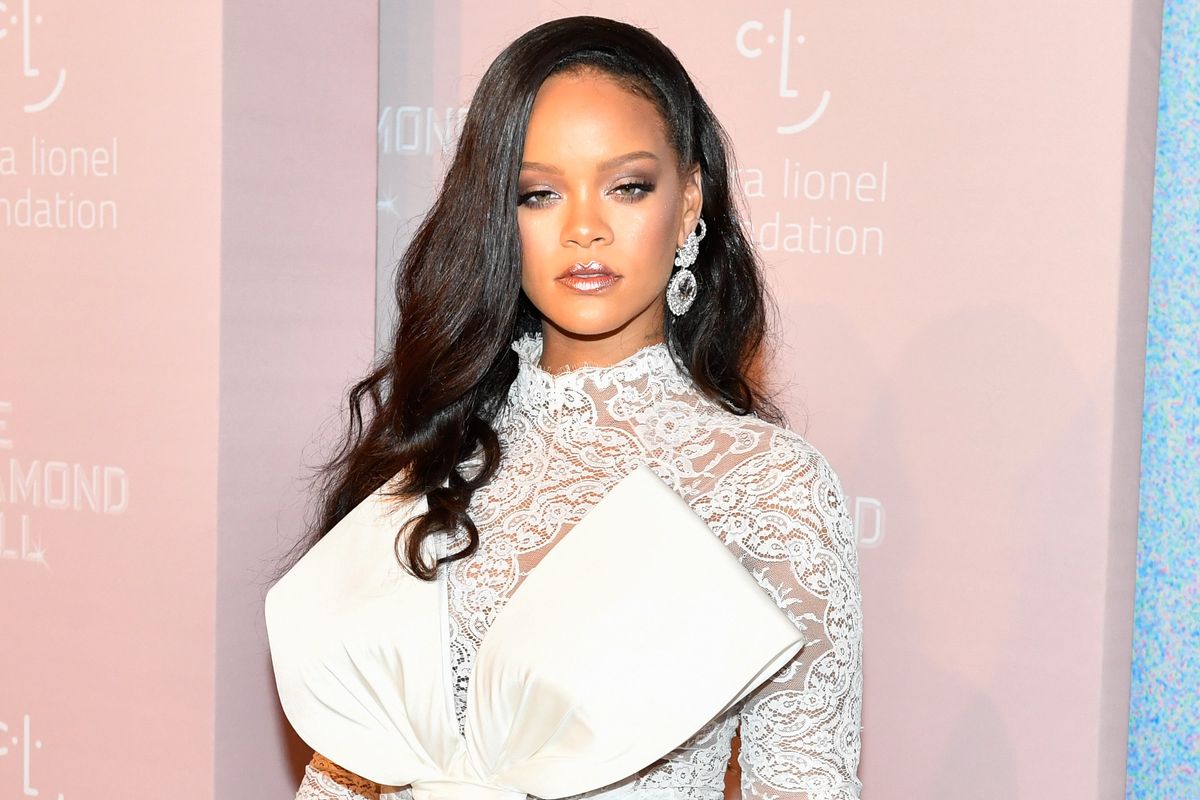 When Rihanna heard that her music was being played to get the keyed-up crowds at Trump rallies even more hyped (specifically, "Don't Stop the Music," which can be anxiety-inducing when played at certain volumes for even the most dedicated Navy members), she was quick to say she'd shut the whole thing down.

Responding to a tweet by Washington Post White House Bureau Chief Philip Rucker that her song was playing a rally in Chattanooga, Rih wrote: "Not for much longer...me nor my people would ever be at or around one of those tragic rallies, so thanks for the heads up philip!"

Now Rolling Stone reports that she's made good on her word and has issued a cease and desist to the Trump White House as of Monday. "It has come to our attention that President Trump has utilized Rihanna's musical compositions and master recordings, including her hit track 'Don't Stop the Music,' in connection with a number of political events held across the United States," her legal team said in part. "As you are or should be aware, Ms. Fenty has not provided her consent to Mr. Trump to use her music. Such use is therefore improper."

The letter continues, "Trump's unauthorized use of Ms. Fenty's music...creates a false impression that Ms. Fenty is affiliated with, connected to or otherwise associated with Trump." RiRi is just the latest artist to tell Trump to stop using their music, so the question of whether they can legally make that happen keeps coming up. The Washington Post wroe that while Trump should ask permission Rih's permission to use her music, he doesn't necessarily have to for use in a public space (whereas it might be different for say, a TV or radio ad). If she really wants to, Rih can always try to take Trump to court (where have we heard that suggestion before...) or hope he stops playing her music as he did when Neil Young rebuked him back in 2015.