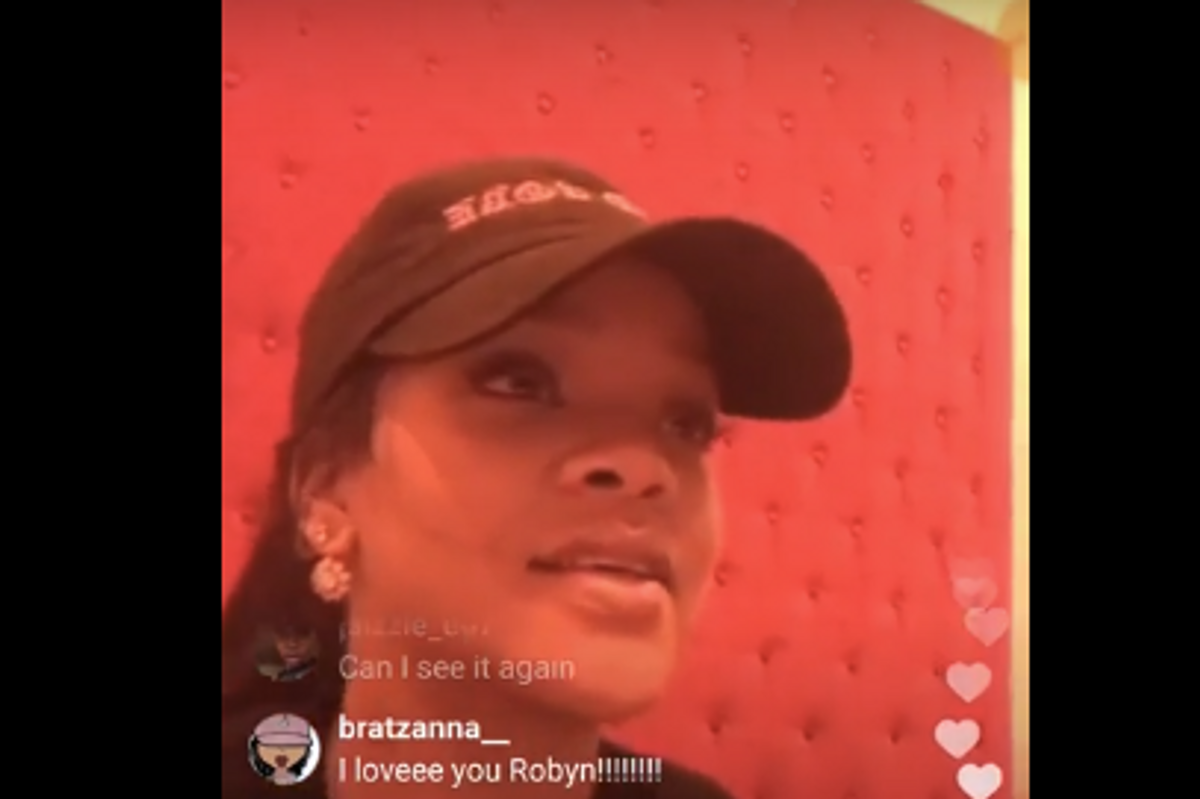 Watch Rihanna Get Drunk and Livestream Her Bates Motel Debut

Rihanna blessed us with a hilarious livestream of her first appearance as the iconic Marion Crane in A&E's "Bates Motel," the modernized prequel to Alfred Hitchcock's 1960 classic horror film Psycho.

"Bates Motel," now in its fifth and final season, depicts the lives of Norman Bates and his mother, Norma, prior to the events of Psycho and in a modern setting.

Rih was cast as Marion after executive producer Carlton Cuse read that "Bates Motel" was the star's favorite TV show in a Vanity Fair profile.

"We had been talking about introducing Marion Crane and the challenge was doing it in a way that wouldn't be a pale imitation of Janet Leigh from the original," Cuse said.

Rihanna's turn as the young secretary Marion Crane follows a similar storyline to the original film, as she becomes involved in a plot to steal a large amount of money from her boss so she and her fiance can get married. Marion eventually makes an ill-fated journey to the Bates Motel, where she meets her demise in Psycho's infamous shower scene.

Rih will also appear in the March 27 episode, "Marion."

In the livestream, the PAPER cover star can be seen watching (and mostly laughing at) herself onscreen, especially cringing every time she kisses her costar. She and her friends turned the viewing into a drinking game, taking a shot every time someone said "Norman."

At one point, the singer takes a moment to read some of the comments pouring in, asking where her best friend Mel and her blunt are at. "Am I not enough?!" she cries. "The gall."

Rih, of course, is everything.

Watch all 45 minutes below: