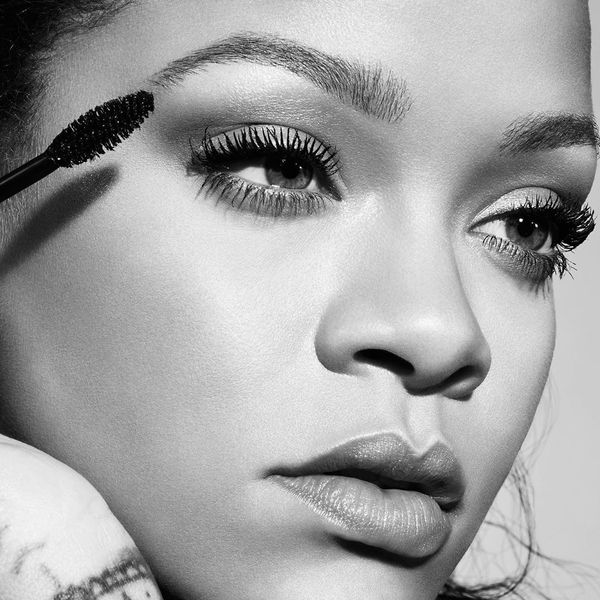 Rihanna has been dropping new beauty products nonstop for the past few months, and she's not stopping anytime soon. Today, the singer announced Fenty Beauty is launching a brand new mascara to "dominate the mascara game, too."

The Full Frontal Mascara is a "water resistant, longwearing, and smudge resistant" formula that, according to the brand, is the secret behind Rihanna's "poppin lashes." Fenty Beauty's latest "lifts lashes on the fat side, and defines and curls on the flat side."

While most fans were super excited ("I was waiting for a fenty mascara sooooo badly"), others began to question when her long promised new album is coming.

After launching her double-platinum eighth album in 2016, Anti, Rihanna has almost entirely dedicated her time to beauty and fashion ventures, and done quite impressively. And while she's remained tight-lipped on a release date for new material over the past few years, she did hint at one earlier in 2018.

In response to an Instagram comment in December 2018, she confirmed that the album would be released in 2019. "But when is the album dropping Robyn? Can we have a release date for that?" a fan asked. "2019." she wrote.

And as we know, that didn't happen. So you see where the fan hysteria stems from, but like the singer said during the September 2019 launch of Savage X Fenty: "Whatever I do is gonna be confident whether it's the album, perfume, lingerie, make-up, or fashion. Y'all gonna have to wait. Navy, I'm so sorry."

Much like the rest of Fenty Beauty products, Rihanna's mascara is likely to sell out quickly. Keep your eyes peeled, since the Fenty Beauty Full Frontal Mascara drops January 16th on fentybeauty.com and Sephora.