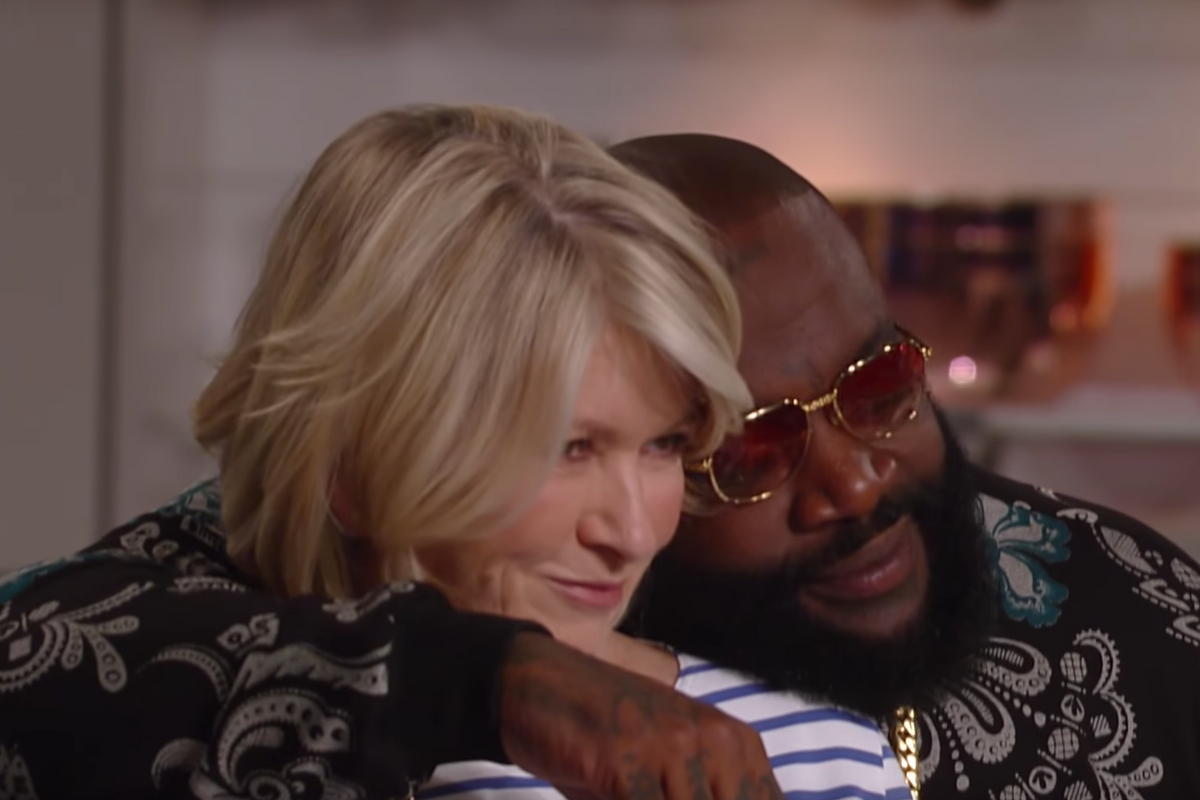 Well this is unexpected and delightful! Rick Ross asked Connecticut's decorative gourd queen, urn aficionado, and ruler of my world, Martha Stewart to debut the artwork for his ninth album, Rather You Than Me. And you know what? She did it, and she did it with a face cake...

I'll be waiting on that DIY, girl.

How did this happen? Well, ICYMI Martha Stewart has become pretty much the most important hip-hop-adjacent white grandmother in the game due to her absolutely adorable and perfect friendship with Snoop Dogg. Stewart met Ross during a taping of her show with Snoop, Martha and Snoop's Potluck Dinner Party, and the two clearly formed a connection. In fact, Ross told her, and I quote, "I've got a hundred room mansion that I need you in." OK whoa sometimes fanfic just writes itself...

After Martha revealed the album cover, Ricky Rozay thanked her on Twitter, calling her the #biggestboss and "a real one." This is... just so much.

Rather You Than Me is out March 17th.