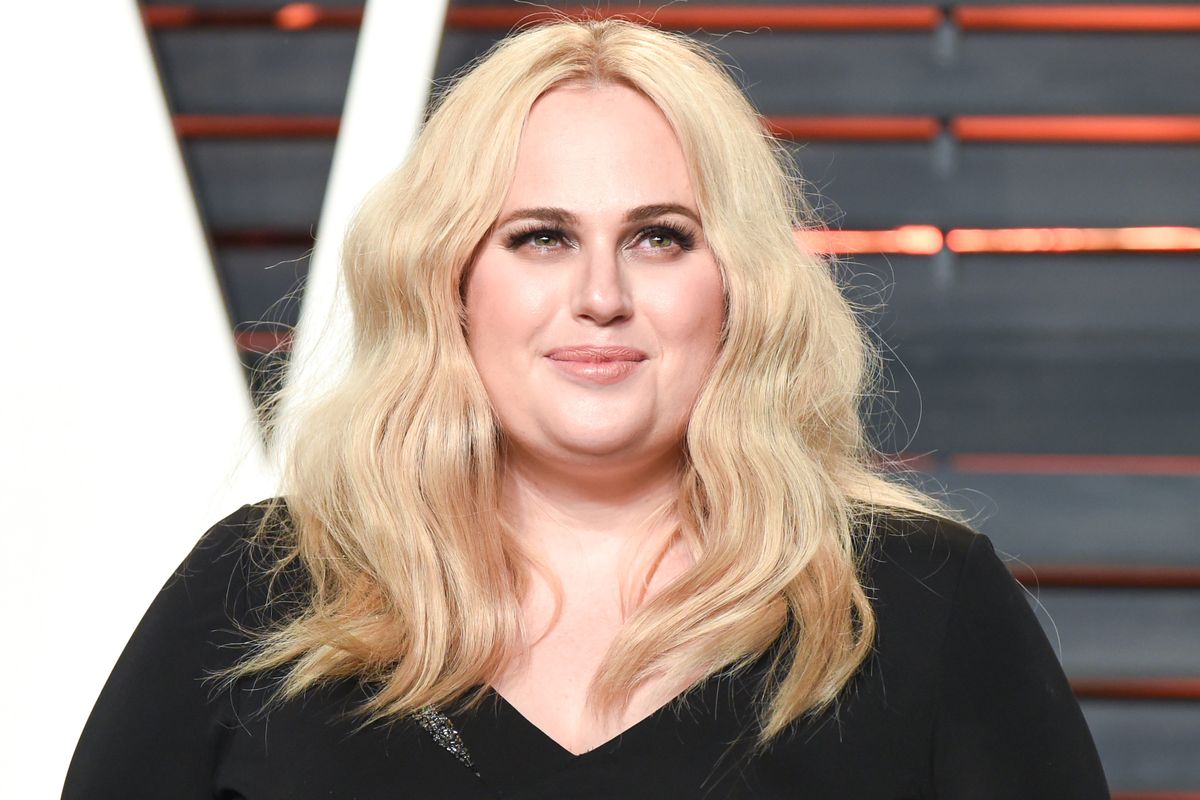 It's being touted as a landmark plus size film, and "body confidence game changer." In her recent interview on Ellen, Wilson chatted about being excited to subvert the foolish idea that only thin women are attractive or worthy of love. However, she came under fire when she told the comedian that she's "proud to be the first-ever plus-sized girl to be the star of a romantic comedy."

Twitter quickly interjected to remind her of the plus size women who came before her, and paved the way for portraying body positive love on-screen, such as Queen Latifah (Last Holiday, Living Single, Just Wright), MoNique (Phat Girlz), Ricki Lake (Baby Cakes), Nikki Blonski (Hairspray) and others.

I love @RebelWilson as much as the next girl, but she isn’t the first plus sized woman to play the lead in a romant… https://t.co/sYHliK1XAq
— Halfapintdoll (@Halfapintdoll)1541100392.0

No one is arguing with Wilson that there's a troubling dearth of fat women cast in roles of desirability. Her role in Isn't It Romantic is certainly something to be proud of — and it's important for women be able to acknowledge their success without it being interpreted as a dig at other women.

However, she does herself and other fat actors no favors by willfully erasing how much work it took to get Hollywood to where it is today — and failing to credit the pioneers who did the work, and invented whole new kinds of roles before Wilson was even on the scene.

Her amnesia about actresses like Queen Latifah and MoNique in particular, also not only feeds into age-old cultural tradition of overlooking Black women's contributions to progressive movements, but also reifies the racialized silos of Hollywood genres, wherein a Black-led romantic comedy might not be considered as such, instead, silently if not explicitly labeled a "Black comedy," or just a "Black movie."

Wilson explicitly confirmed this problematic logic about genre, when she defended her comments on Twitter, saying she was aware of "these movies" but challenged whether the actresses "were plus-size when filming" and whether these films qualify as rom coms.

She later conceded slightly, saying she would "fully take all the comments onboard."

@Halfapintdoll I fully take all the comments onboard though so thank you ❤️
— Rebel Wilson (@Rebel Wilson)1541112745.0