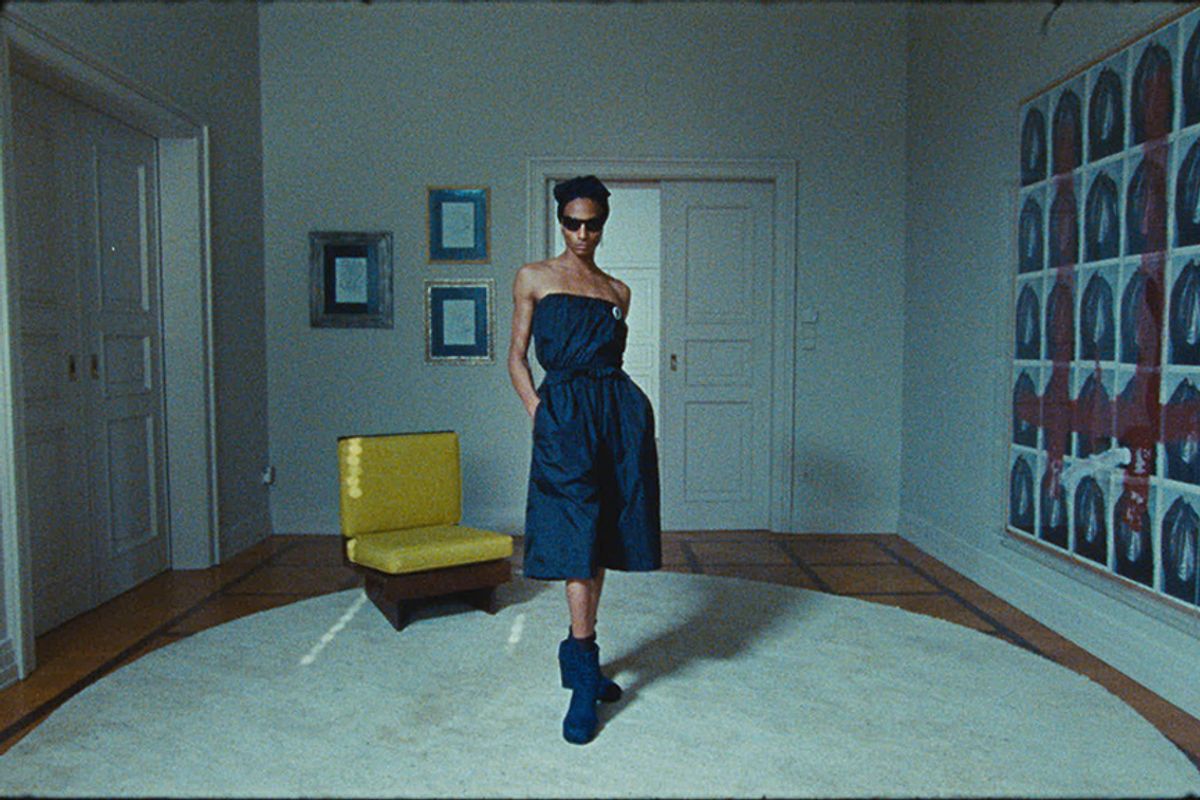 Since launching the Berlin-based fashion label Random Identities three years ago, Stefano Pilati has experimented with a variety of formats to present his gender-fluid menswear, from special installations at Dover Street Market to a one-off runway show at Pitti Uomo.

This season, the designer continued his streak of showing at his own pace (and off the traditional fashion calendar) by enlisting a group of collaborators for a new short film that premiered today, titled DOMESTIC (between wars).

The video depicts dancer and performance artist M.J. Harper moving elegantly around the halls of Pilati's home in looks from the brand's past and current collections. (Harper has previously choreographed runway presentations for Grace Wales Bonner in addition to Pilati.)

According to Pilati, DOMESTIC expresses the feeling, mood and intensity of being a creative while questioning one's own existence during a world at war. It's also about finding balance between sadness and destabilization, hope and change.

"The film is an urgent impulse to fight against the uncertain reality of succumbing to the ever indomitable search for beauty and for love, despite deaths and bloodsheds," Pilati said in a press statement. "Fashion, to me, is an artistic expression after all, and therefore part of the narrative reflecting our time."

Watch the full DOMESTIC (between wars) video below.