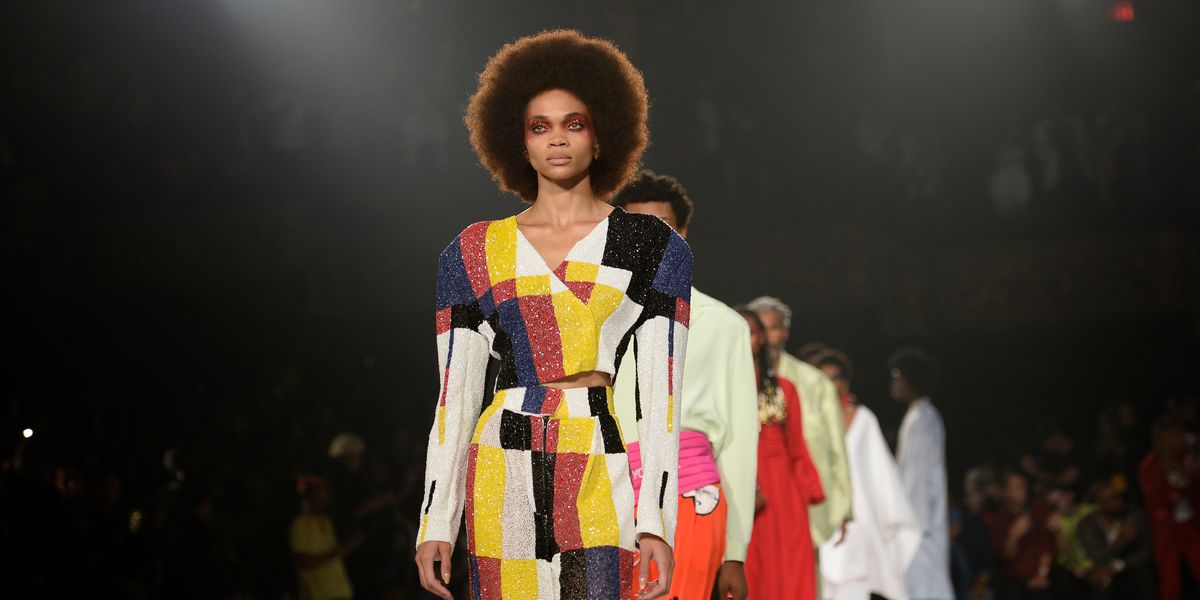 NYFW Has Its First Social Distanced Event in the Works

What New York Fashion Week will look like come September (if the runway shows are even happening still) is still anyone's guess, but at least one designer has something already in the works.

Pyer Moss founder Kerby Jean-Raymond, who skipped out on showing last season in February, announced that he is staging a drive-in event in New York for the premiere of "American, Also.," a feature film that captures two years of Jean-Raymond's fashion shows and behind-the-scenes action.

"American, Also." is also the name of the three-part series of collections where Jean-Raymond explored topics surrounding the exclusion of black people from many aspects of American culture. (His Spring 2019 show was held in Weeksville, the historic black neighborhood in Brooklyn, while his most recent show last fall was staged in legendary concert hall King's Theatre.)

According to the brand, the event concept will be fashion's first to utilize social distancing measures and will take place in multiple cities, and it will be open to the public following the premiere.

"It's always been our mission to show the amount of thinking and laboring that goes behind putting together a collection— we've been slowing down the speed of how much we produce and improving the quality of what we produce throughout the years," said Jean-Raymond in a statement. "This film aims to show the love and care our entire company puts into every single moment we create and will show that we appreciate fashion as an art form and communication tool that we've used to embolden a community around us."

While questions remain on how exactly a drive-in fashion week event will take place in a city like New York (which has barely any drive-in theaters let alone people who drive cars), specific details and locations will be announced early this summer.