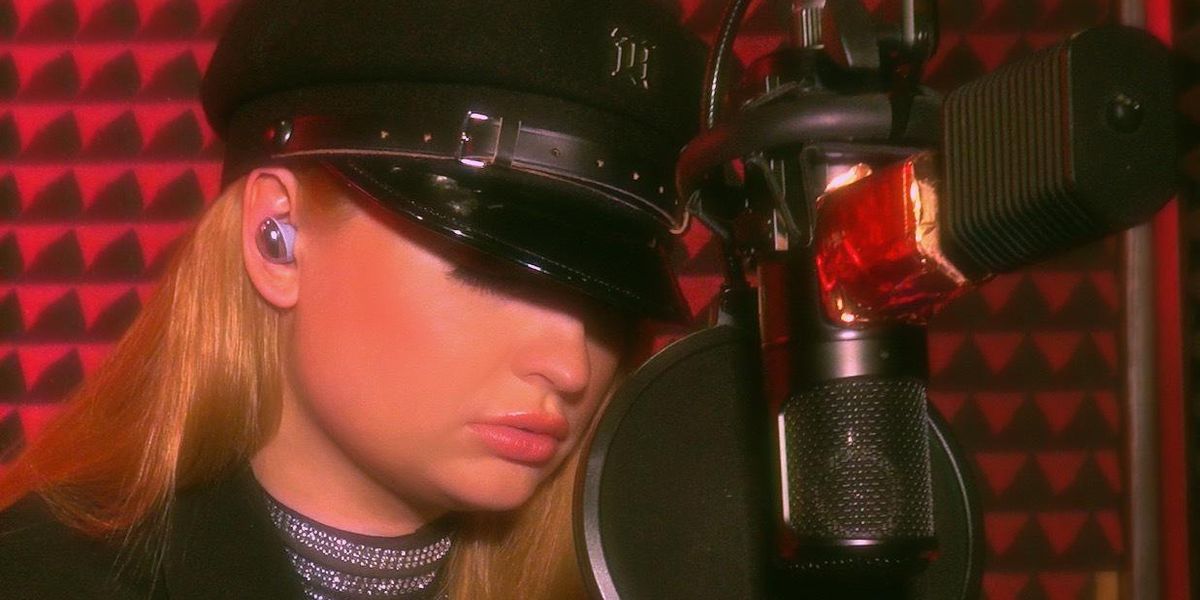 Across two chic, unforgettable projects, Kim Petras has established herself as one of pop's most canny stylists. A student and professor of the form, she's someone with hardwired knowledge of the genre's classics and an upstart's love of rule breaking. The result is a rare thing in an oversaturated pop market — a style that's referential without being derivative, bright without being cloying and accessible without ever sounding dull. This combination only arises within someone who's been in tune with music their whole life, which is undoubtedly the case for Petras.

"[Growing up], my mom and dad would play a bunch of jazz. My mom always sings jazz around the house when she's cleaning [and] my dad is super into jazz; he plays like eight instruments," she says of her upbringing in Cologne, Germany. "He would always embarrass me when we would go to school because at every stop he would pull out a trumpet from under his seat and practice."

Growing up in Germany in the '90s and 2000s with two older sisters was a heady musical experience. A golden era of techno and electronic pop in Germany, Petras was coming of age amidst the Disney renaissance, with films like Beauty & The Beast and The Little Mermaid ingraining a camp, ebullient sensibility in the heads and hearts of young listeners, not least Petras.

"We would always have little parties, me and my two older sisters. There was always music, and we'd always sing and harmonize together," she says, thinking back fondly on some of her earliest experiences with singing, which is still her primary instrument to this day. "[There] was a lot of techno going on in the '90s and '2000s when I was a teen, [too]. I really wanted to be a raver when I was a kid, I really thought that was so cool. It was a very musical upbringing; I loved pop, I loved funk, I loved like Broadway music, Disney music, all that stuff."

You can hear both the hook-forward musicality of Broadway soundtracks and the bone-rattling bass of cutting-edge electronic in much of Petras' music. Her many influences coalesce perfectly on Clarity, which showcases any number of sounds, but stands as a whole due to the striking nature of Petras' voice and songwriting. A track like "Icy" has ostentatious flair without sacrificing edge — a quality that, no doubt, is key to what makes her music so indelible, and such a favorite for singalongs, whether in a club or the backseat of a car.

The frictionless fusion of so many different sounds in Petras' music also speaks to her genre-agnostic outlook. "I wouldn't say I'm necessarily just one genre. I listen to everything and I'm inspired by everything," she says. I think music is the one thing that transcends genre, transcends gender, transcends skin color, everything. It's just about emotion — do you feel it? Do you connect to it?"

There is one distinct exception to Petras' genreless ideology: TURN OFF THE LIGHT, her Halloween-themed mixtape, is one of the strangest and boldest pieces of pop music to be released in the past few years, and it draws its palette entirely from the haunted, neon-lit world of horror soundtracks. "I listen to a lot of horror soundtracks," Petras says, singling out the soundtracks for It Follows, by Disasterpiece, and Drive, by Cliff Martinez, as two perfect starting points for beginners. Listening to them, it's clear where the eerie, vintage-sounding genesis for TURN OFF THE LIGHT began.

Still, for Petras, they present the kind of sound that fosters creativity: "I listen a lot when I'm sketching fashion or tour outfits or things like that," she says.

Although not explicitly Halloween themed, the rest of Petras' music seems to draw from cinematic and intricate film scores, too. While much of pop music is designed to be blasted from festival stages or mall speakers, Petras' music rewards both communal experiences and intense, active listening. This trait likely stems from the fact that, from a young age, headphones have provided solace, as well as an easy connection to the immersive world that so much music offers.

"Headphones, for me, [have been] my little bubble since forever. I love that you hear every detail in your headphones and you're just in your little bubble yourself," she says. "As a kid, I would put my headphones on when I didn't have a good time in school or school breaks or I felt sad. I would put them on and imagine other things. [Listening on headphones] gives me that magic."

After writing a song she's particularly into, Petras will often listen to the demo over and over in headphones as a way of "coming down from the rush" — but repeat listening is very much part of her day-to-day habits: "I listen to stuff to death," she says. "I hate that I do that, because then I don't listen to it again. Because I'll listen to it like, 80 times if I love a song."

That drive to keep listening and feel the power that a perfect sound can provide is innate to Petras' art. She picked up on it early in life, when watching Michael Jackson tour films with her older sisters. "I was obsessed with the fact that he was kind of a superhero," she says.

It makes sense that Jackson's heroic, larger-than-life quality drew her to music, considering that, for many, she'll be an inspirational, guiding force. Now, she can be her own superhero. "I feel that same way when I'm onstage," Petras says. "I feel like I just am. I don't think about anything and I'm super confident. I can just be free and be myself."