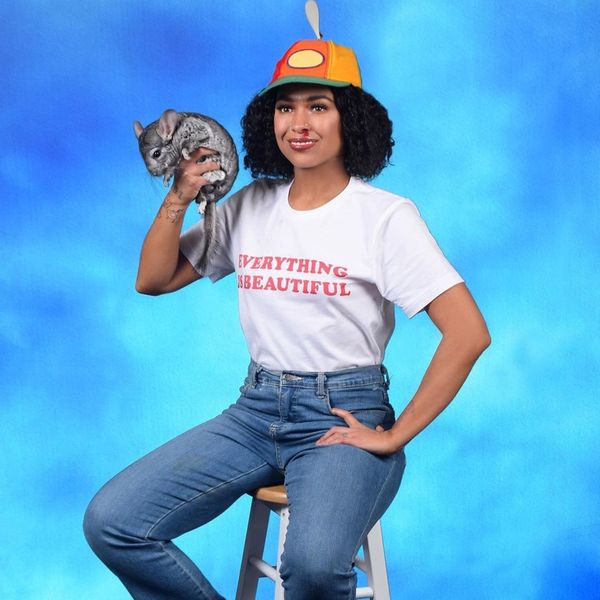 In literally just two days, Princess Nokia is releasing two new companion albums, Everything Sucks and Everything Is Beautiful.

Both albums are said to represent the New York rapper's duality: playful and spiritual, yet hardcore and perceptive. According to a press statement, they were recorded in Puerto Rico, New York and Los Angeles.

To kick things off, Nokia shares two songs from each album: "Green Eggs & Ham" from Everything is Beautiful and "Practice" from Everything Sucks. These mark her first collections of new work since 2018's emo-rock inspired A Girl Cried Red.

"Green Eggs & Ham" comes with a music video that references Napoleon Dynamite and the 1996 film version of Roald Dahl's Matilda. The song's upbeat message pays homage to Nokia's past, as she mentions her grandmother, her late mother and other fond childhood memories.

On the opposite side of that coin is "Practice," which doesn't yet have a music video, but is decidedly moodier, exploring the pitfalls of newfound fame. "Act nice just to get by/ Deep down, I hate you guys/ You guys are not my type/ Don't fuck with your dumb hype," Nokia raps.

In an Instagram Story, she described both new songs' contrasting elements, calling "Green Eggs & Ham" "a get up and get ready be happy mood" and "Practice" as "her older sister who's over shit and is a bad bitch and doesn't come home till 4:40 a.m."

Stream both singles, below.