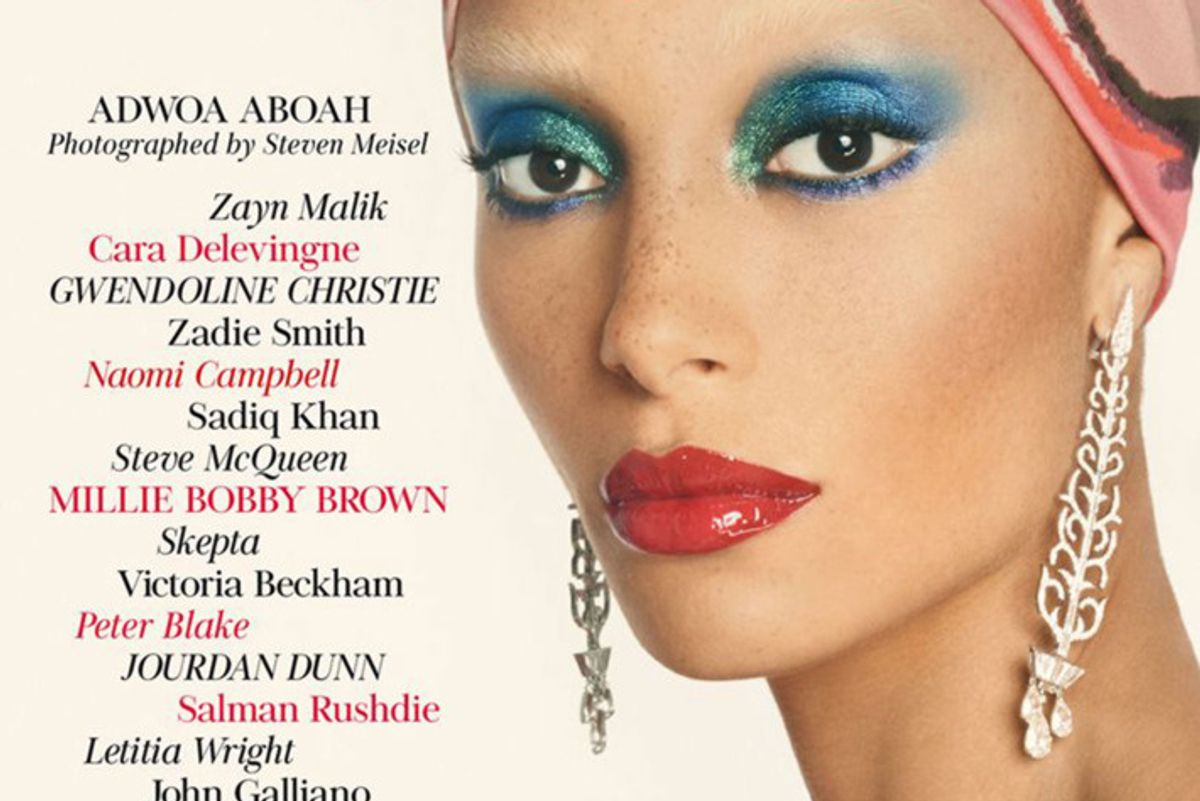 The world has been waiting with bated to breath to see the first offering from Edward Enninful, British Vogue's first black editor-in-chief and first male at the helm of the publication in a century, after his now infamous overhaul of the magazine.

Here is the cover of Enninful's first issue shot by Steven Meisel and starring the stunning Adwoa Aboah — the third black women to ever grace the cover of British Vogue.

Iconic. Aboah is clearly the 80s icon superstar princess of our dreams, and she follows in the footsteps of iconic black British models to appear on the publication's cover — Naomi Campbell in 2003 and Jourdan Dunn in 2015. Something tells me this infrequent spotlighting of black women is about to change big time.

This is also Meisel's first cover for British Vogue in 25 years, which is probably the inspiration behind the vintage conception. The December issue, which the magazine is promoting with the hashtag "New Vogue," is out November 10.