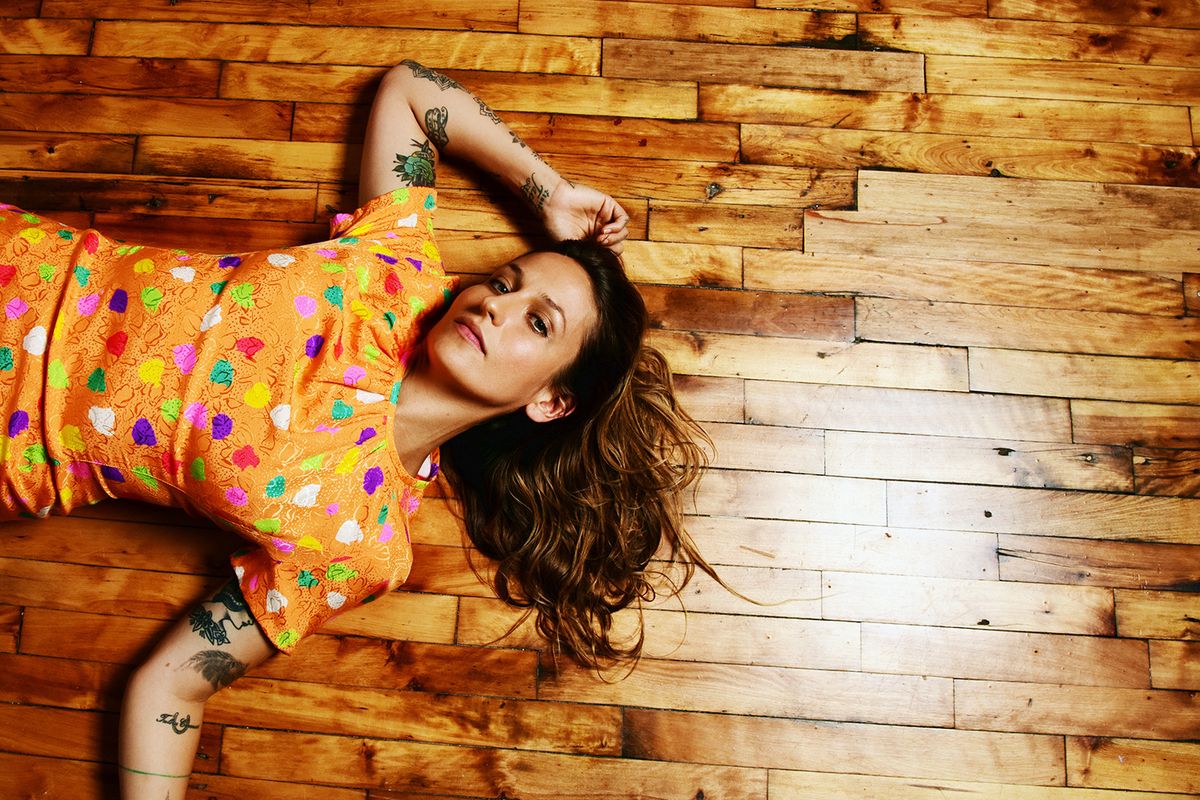 Just days away from the release of her debut album, Beyond Waves, Domino Kirke has revealed a truly poignant video for her emotive track "Half-Blood," that discusses the unique dynamic of "half"-siblings.

Featuring her own half-brother along with actor husband Penn Badgley and his half-sister, Kirke's self-directed visual sees half-siblings across many different families come together to address their relationship — primarily how they don't feel having only one parent in common affects their bond. The Brooklyn-based songwriter/singer, who you might also recognize as the sister of Girls' Jemima Kirke, says the record helped her explore and come to terms with the differences between her half-brother and herself.

"I wanted to understand that connection in other half siblings too, so I invited friends and strangers alike to take part and tell their stories," she tells PAPER of "Half-Blood." "When I first found out my brother wasn't "full blood", I was confused - we'd grown up together since I was born. A brother or a sister can dramatically alter the way we see ourselves because they're in league with us, rather than being our makers. They're us. Was he less of my brother?"

"As adults, that space between us, and our differences, became glaringly more obvious, and understanding that was something I strived to do with this record," Kirke continues. "Reconnecting with family and deepening the love that was always there was also a real goal. I told my brother things with this song that I could never say to him in person, and that was a real gift."

Watch below and look out for available from August 25.