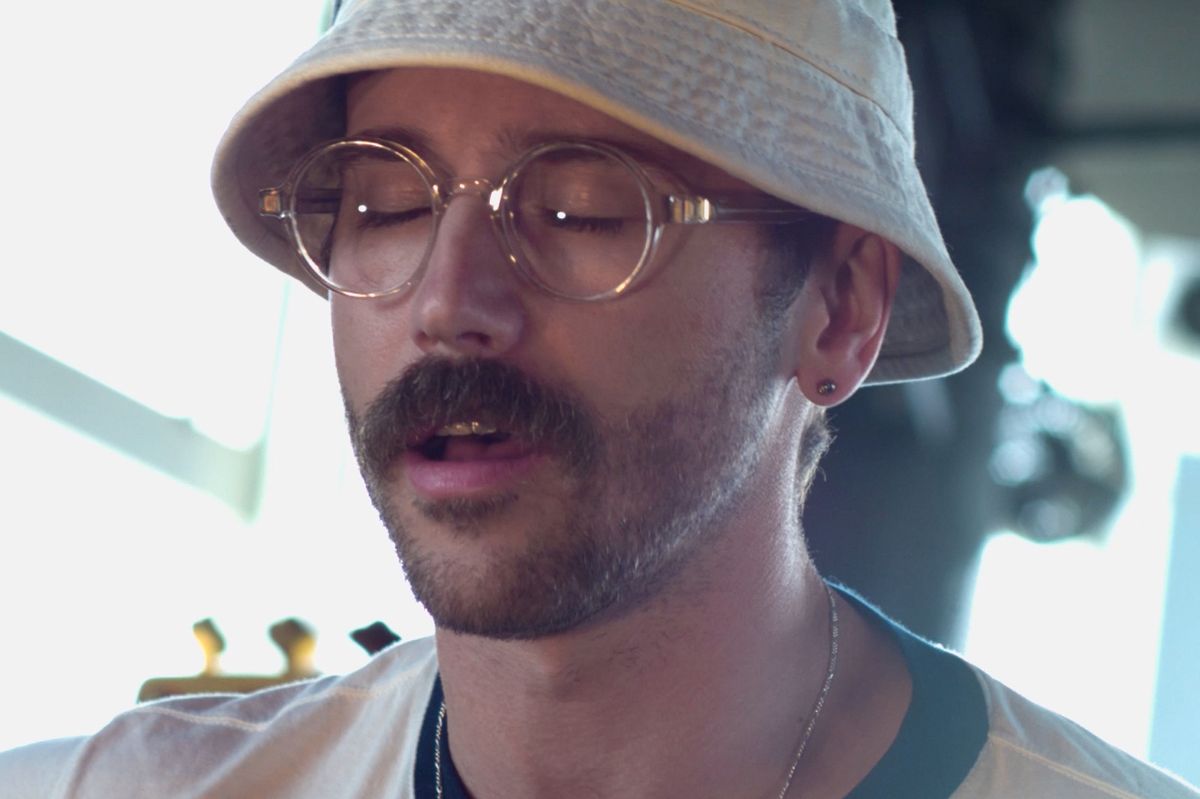 Portugal. The Man Joins Us in the PAPER Penthouse

From their 2006 debut, Waiter: "You're Vultures" to this year's Woodstock, Portugal. The Man has consistently raised the bar for indie and alternative in an ever-changing music landscape. From their origins in Portland, Oregon to playing sold out shows around the world with their latest chart-topping hit, "Feel It Still," the band has seen enough to have plenty of stories to tell. We spoke with bassist Zach Carothers about Woodstock, working with the Beastie Boys' Mike D and how bands travel more than most politicians.

PAPER: Has the response to this latest album been what you expected? I know you put out those shirts that were like, "I liked Portugal. The Man before they sold out."

Zach: That's what we call in the industry getting ahead of it. No I'm just kidding, obviously it's way bigger than anything we ever expected. "Feel It Still" is going fucking crazy now, but it's like we're in the eye of the tornado. We're just doing the same thing, and the key change is numbers now. I had no idea that they were going to try to cross over to pop radio. Like, I'm thirty-six, I'm overweight, I'm from fucking Wasilla, Alaska, good luck selling me to Selena Gomez fans. But I think we wrote a really good song and apparently [Atlantic is] really good at their job.

PAPER: Was it intentional to change your sound up?

Zach: We're always trying to write better songs. With this record being called Woodstock, we wanted it to be like a music festival. When you're walking through a music festival these days, you hear Major Lazer over here, Kings of Leon over there, and a hip-hop act and maybe like an R&B 90s group comeback. Nobody listens to just one kind of music anymore. We wanted our album to sound very eclectic, but we're still album guys.

PAPER: You worked on an album before Woodstock called Gloomin + Doomin with Mike D of the Beastie Boys. What was that experience like?

Zach: He's a huge influence on us and working with him was really amazing. It got us thinking so far outside of the box that we think in. We were writing lyrics and we were stuck on a part, and Mike was like, "What'd you have for breakfast today? Sing about that." And I was like, come on man. The Beastie Boys can get away with things that we wouldn't. But we have a little more power than most bands to say something ridiculous and it can still work.

PAPER: You guys ended up not releasing Gloomin + Doomin. What was it like to work on something for three years and then scrap it?

Zach: Honestly, the world just kept turning too fast. I don't know if you read the news, but some pretty crazy shit is going on in American politics. Things were drastically changing and we were about to put out an album that had absolutely nothing about that. It was really great stuff, but it doesn't need to be heard right now. So that's why we went back in and re-recorded it. News travels so fast, and that's why hip-hop works so well. Something can happen and they can write about it and put it out the next week. When you're taking the time to like, make your vinyl pressings, which takes four months, it's hard to keep up.

PAPER: Do you guys feel a responsibility to speak to the times in a political way?

Zach: I do think that. We're not Rage Against the Machine or anything, but it depends on how you do it. We get to see so many people in so many places; we travel more than most politicians. We're having conversations with people all over the world. Back in the Woodie Guthrie days, he would write a song and somebody would hear it in Boise, and then they'd learn it and travel to Missoula and write another verse. That's what hip-hop's doing these days. It's pretty much just traveling and telling your story with your art.

Watch the band perform an unplugged version of "Feel It Still"