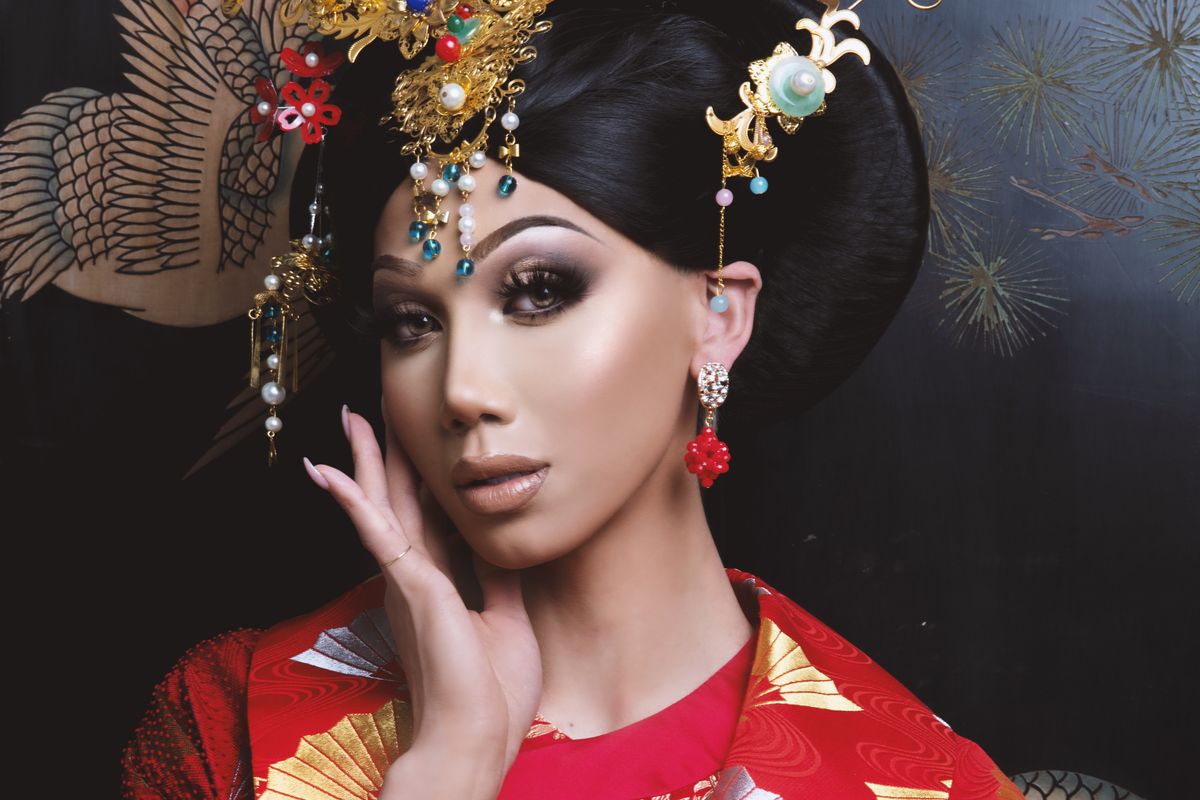 It's become a rite of passage for queens from RuPaul's Drag Race to release a single or music video in the wake of their untimely elimination. Fans of queens will flock to YouTube for their fave, commenting "#Justice4____" over and over, sharing the video to all their socials. Whether this is an extension of artistry or a clever PR move is up for discussion. Most of the time, however, it seems that these projects are ways for queens to celebrate their time on the show and give fans something shiny to hold onto, instead of an image of their fave crying and clutching a RuPaul statue.

Plastique Tiara, an early frontrunner on Drag Race Season 11, with more than 1 million followers on Instagram, was eliminated in the ninth episode of the season after losing a lip sync to viral rival Vanessa Vanjie Mateo. Fans were devastated, especially since Plastique's looks were considered some of the most flashy and consistent over the course of the season.

Upon her elimination, Plastique gave fans a scare when she archived all of her Instagram photos and seemed to disappear from social media. This was only, however, to gear up for the release of a music video for a song, "Irresistible." The song is a dance pop club anthem, harkening back to the earlier hits to come from Drag Race alum, like Manila Luzon and Sharon Needles. The accompanying music video is a beautiful and expensive dreamlike look into the luxury of being Plastique; beautiful men dance at her command while she whips her silky locks back in forth, her body covered in a jeweled garment.

PAPER talked with Plastique about her time on the show, her favorite music, and why she felt the need to release a single — despite acknowledging that she's not a trained vocalist.

What was your highlight of your time on RuPaul's Drag Race?

Oh my gosh, I guess it was honestly the episode that I won. I had four great moments in one episode, it was pretty intense. So, if I had to pick one episode, it was my episode. I mean, Alyssa came in, I talked with Ru, I won, my boyfriend came on. I was like, "What more could I ask for from one episode?"

They should have called it "Plastique's Episode!"

Right, they should have renamed it. Hello!

Not coincidentally, it was the best episode of the season so far in my opinion.

Oh, you're so sweet. Thank you. It was my favorite too, not going to lie [Laughs].

The challenge was fun, too. Then after your elimination episode, we saw the promo go up for your song, "Irresistible." Did you always have a passion for music?

It's such an integral part of drag, too. Even if you're not singing, you're lip syncing. You have to know music.

What kind of music do you like to listen to now?

Do you have a favorite K-Pop group?

One of my editors got to see BLACKPINK at Coachella and I'm so jealous.

[Gasps] Did you kill her?

No, but I so wish I got to see them perform.

Your song, "Irresistible," how did that come about?

So I wanted to do a song. I told my manager, "Okay, I know I can't sing that well, but I still want to do something, just for the kids." I sent him a couple of inspirations, and he sent me back some of the ideas for the songs, the melodies and stuff. He was like, "Don't worry, we can change the lyrics and all that." This was the one where I felt like the beat was good, I could write something that I feel like the kids would like. I came up, I changed the lyrics, and I came to LA and we literally recorded it in a day.

We recorded everything in a day and afterwards I had gigs to do. I just had to literally text the editor, "No change this part," and voicemail them. "Can you change this part, this part, and this part?" Then we shot the music video two weeks after.

How long did that take to shoot?

We shot it in 15 hours. Everything was also within the day, and then I released it a week and a half or two weeks after filming the music video. It was all a very hectic process.

It's always a great idea to have something to release when the elimination happens. People want to see a statement, but what better statement to have than a gorgeous music video?

Right? That's what I thought. I was like, "Girl, okay, so what can I do?" I don't got no campaign out yet. I can post a picture, but everyone knows I can take a picture. I was like, "Let's just do this. I feel like it will be fun." I wanted to have queer Asian representation throughout my video, and I think that's so important. I was really, really happy that I got to do it.

Who were those ripped, gorgeous dancers in the video with you? Did you teach them the choreography?

I met them for dance rehearsal and I was like, "Okay, yes. This is great." Then I saw the male model, Wilson, on RuPaul's Drag Race, on All Stars, and I was like, "I want him." Everything just kind of fell together. Everything flowed really well, we all worked really great together, had great chemistry together. It was just a good time.

"I wanted to show to the world that if this little Asian boy, first generation immigrant, can do it, you can do it, too."

Making music in this day and age is a really accessible process, and it should just be fun for everyone involved.

That's what I thought, too. I was just like, "Girl. I know that I don't have the best voice out there. I can only sing, like two octaves or a range." I wanted to do something fun for the fans and this song I wrote because drag gave me so much confidence of the years. I wanted to show to the world that if this little Asian boy, first generation immigrant, can do it, you can do it, too.

That's such a great message. On the show you were a great role model, and I'm sure you see all of the comments about it on your Instagram as well. Do you go through social media a lot?

Nowadays, there's so much that if I sat down and read it, it would consume my life. So I try my best to acknowledge everyone, but I've also learned to just kind of put down the phone and enjoy my everyday life. Bask in the moment rather than trying to hard.

You released a video with James Charles, too, and you have a channel. Are you going to explore YouTube more in-depth, or are you focusing on music more?

For sure, I'm here to conquer all of the platforms. I will try my best to push out content on every medium possible, because YouTube is one of, if not the biggest, platform right now for content creators out there. I'm going to try my best, for sure.

Will you be performing "Irresistible" on tour?

Remixes are coming soon, and I'm already performing my song now. Not live, for sure, but the reaction for the song is really amazing so far. I think I'm going to come out with some routines that we can do a 5-6-7-8 to sometime soon.