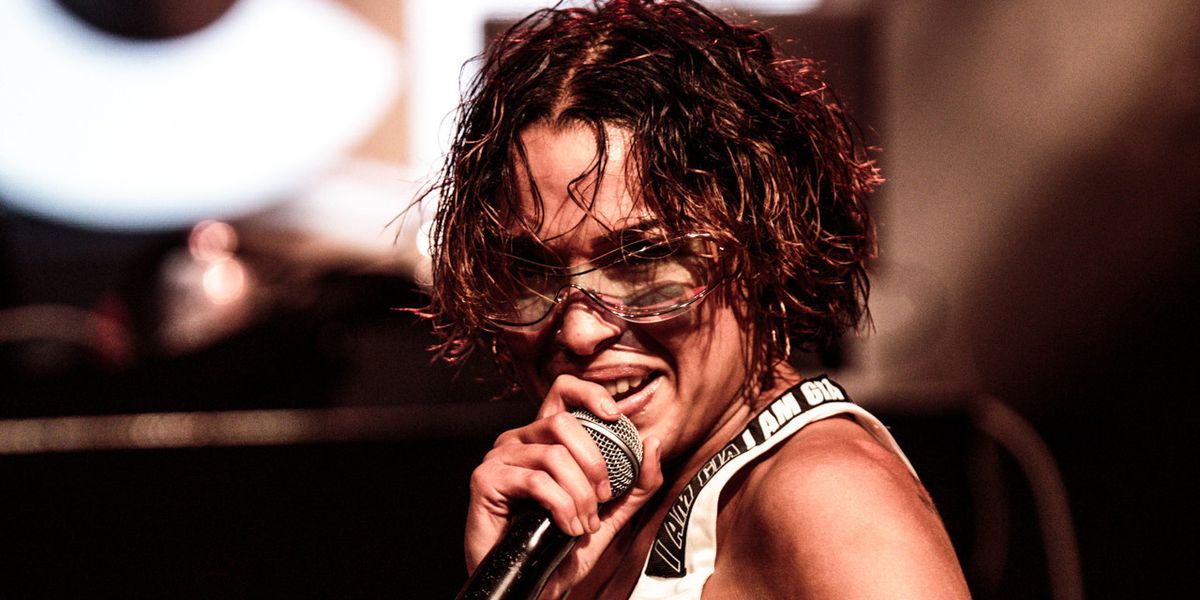 The individualists at Planet i are known for making big sartorial statements through their unusual collections of far-out eyewear that aims "to put stars in our eyes so that we can view the world through a dazzling angle." And the latest addition to their arsenal of surreal shades? Say hello to The Platinum.

A sleek, shield design that's equal parts runway glam and afterparty chic (with a touch of sexy lab goggle for good measure), it's a look that wouldn't feel too out of place in a glitter-filled rave, a mad scientist's lab, or the Grammy's red carpet. And if there's one thing we love, it's a versatile accessory.

Related | Planet i Is the Brand Behind Eyewear's Next Big Trend

According to Planet i designer Eric Steginsky though, The Platinum "is an homage to music, and its power to let us express ourselves. It was crucial for me to pay tribute to this form of art that most inspires me."

Taking its name from the RIAA's "platinum" certification — an honor bestowed upon some of the music industry's biggest hitmakers — The Platinum is a frame that embodies "excellence, greatness, and distinct qualities," per the brand's press release. Not only that, but the design is supposedly also a nod to "all the artists that have worn our pieces over the last year," whether it be Lizzo, Miley Cyrus, or PAPER favorite Princess Nokia.

As of now, the Platinum is available via the brand's website in four colors — Aquamarine, Red, Gold, and Smoke — and retails for a cool $88. Check out the exclusive lookbook images, below.

Photos courtesy of Planet i