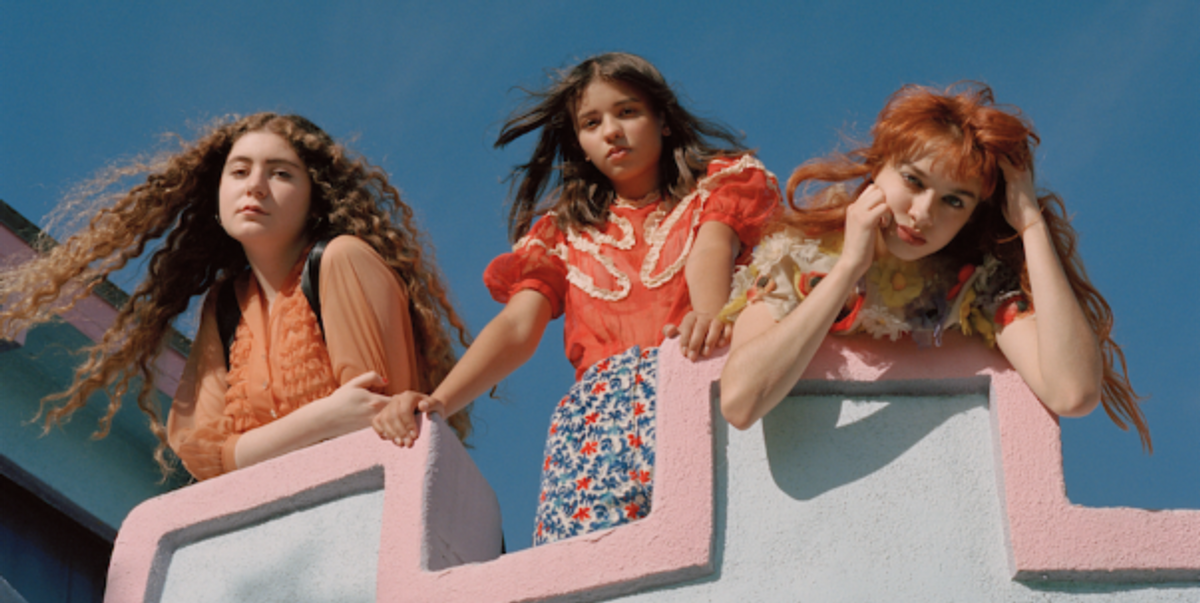 Eva, Anastasia, and Isabelle just graduated from high school, but they've already released two electric EPs with an album on the way. And on their most recent moody rock record, Hot Tears, the LA-based trio sound wise beyond their years.

Anastasia Sanchez belts over reverb-laden guitar riffs and catchy drumbeats that hark back to '60s garage rock, but they'd rather pave their own sonic path than fall under a predetermined genre. "We're not just tied to the label of garage rock... people jump to that, like, 'Oh, they're garage rock,' and we were kind of like, 'Oh we are? OK,'" Eva explains. "We don't know what to consider it... I guess Rock 'n' Roll, but that's so broad."

"Margaret" is the first track on Hot Tears, and today the band shares its visual accompaniment. The song is based off of dream that Eva had, where she was sitting in a jacuzzi and overheard someone say, "See Margaret on that kitty cat." This nonsensical line is given some context in the lyrics, "She likes it better when it bites her back."

The Mary Neely-directed video stars Margaret, a lonely, pill-popping, Chardonnay-drinking mother of a teenage girl. It flashes between bright bouts of nostalgia with the daughter and her two friends, played by the members of Pinky Pinky, and Margaret's dark demise. The girls look like they've arrived in a time machine from early-2000s, wearing chunky flip-flops, bandanas, Limited Too tops, butterfly clips, and aqua eye shadow. Her bedroom is filled with the kind of decor you'd find at a Claire's in 2002. While the tweens are reading magazines and playing Dance Dance Revolution, Margaret takes her last gulp of wine and dies in the hot tub.

Neely describes her Y2K-inspired masterpiece as "the dark version of 'Stacy's Mom.' Instead of a young boy fantasizing and yearning after an older woman, we watch the dichotomy between the innocent ignorance of young girls and the parent who should be caring for them, but can't." With this music video, she wanted to "explore personal childhood nostalgia as well as the isolated nuance of female loneliness." She continues, "The early 2000s were such an interesting time for technology and culture—the introduction to information and media being readily available, the beginnings of what we know now."

Watch the video for "Margaret," below.