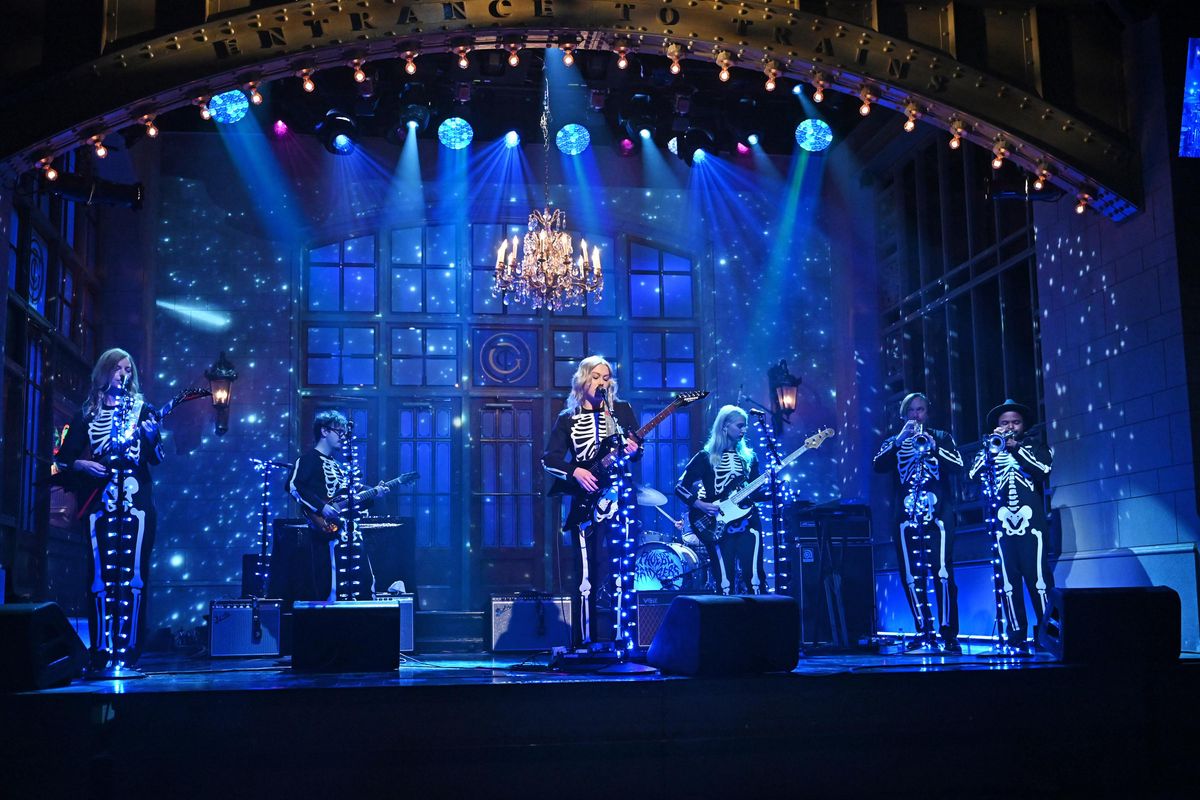 Smashing a guitar will forever, and always, mean you're a badass — and with that comes badass tendencies. Grammy-nominated Phoebe Bridgers is unleashing those tendencies on legendary rocker David Crosby, who seems to have taken offense to her breaking the genre's iconic instrument. She's given him a new name, "little bitch."

Bridgers was recently the musical guest of honor on Saturday Night Live and, during a performance of both "Kyoto" and "I Know the End," she smashed her guitar in a moment of sheer chaos. For whatever reason, not everyone was impressed.

Crosby, known for blowing more hot air than a ballon, was responding to fans' Twitter questions on Sunday when someone asked him about Bridgers' stunt. He responded with a single word that set the tone for her response, "Pathetic."

Bridgers came back at him with energy equal, saying "little bitch." Crosby not only didn't apologize for offending her, but he continued to double down on his words in the hours after her response. "Guitars are for playing ..making music ....not stupidly bashing them on a fake monitor for childish stage drama," he wrote. "I really do NOT give a flying F if others have done it before," he continued. "It's still STUPID."

The next morning, he posted again about Bridgers' performance. "I am told that wasn't a very good night for her and she's really quite good ...I could not see it or hear it then ...the skeleton costumes were kind of distracting as well ....the guitar thing was old , wrong , copy cat, looks angry , destructive , wasteful , pointless," he wrote.

Bridgers had enough of Crosby's tweets and responded again, this time with a new dimension on her previous insult writing two more words, "whiny bitch."

In case there's any doubt about the winner of this back-and-forth, it's Bridgers. Not just because her responses were better, but also because she has nearly half as many Grammy nominations at 26 years old as Crosby does at 79. Keep smashing guitars, Bridgers.

Check out her epic responses, up above, and stream the Grammy-nominated album, Punisher, below.