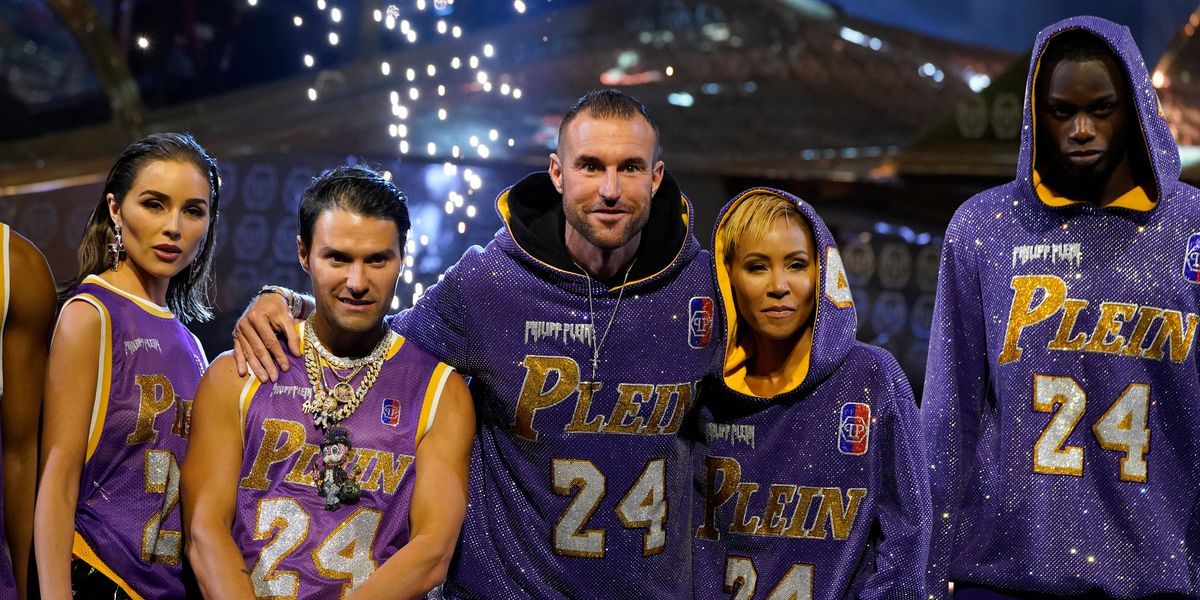 Philipp Plein's runway shows are infamous for their over-the-top productions and celeb-heavy performances, if not for their ultra expensive blinged-out clothes. But for Plein's latest collection in Milan this weekend, the designer made headlines after a Kobe Bryant tribute rubbed some people the wrong way.

The criticism was leveled at the gold helicopters mounted onstage, almost a month after the late NBA star and his daughter Gianna tragically died in a helicopter accident along with seven others onboard. Plein also faced significant criticism for sending out bedazzled number 24 Laker jerseys with the word "Plein" in front that are currently selling on his website for upwards of $3,000.

Users on Twitter voiced their outrage following the show, calling it "distasteful" and "disgusting" for seemingly cashing in on the tragedy. But Plein said that the runway props were planned "way before this tragic accident occurred" according to a statement he released to USA Today. "This is the reason why [there] were gilded helicopters on the runway," he wrote. "I would have clearly removed them if possible, but it was too late to replace them."

According to USA Today, Plein made a $20,000 donation in Bryant's memory to the Mamba & Mambacita Sports Foundation in honor of him and his 13-year-old daughter Gianna. The designer also explained that profits from the capsule collection will be donated to the foundation, though it is unclear how much exactly.

"This tragedy affected myself and all the world deeply and I feel that my fashion show have been the best moment to express my respect and admiration for Kobe Bryant, his daughter Gianna and his family," Plein continued. "It is sad to see how something positive and constructive can be misinterpreted by people who obviously want to interpret negatively without even having a reason. As a matter of fact, I am really doing something to help and support the foundation. Actions speak louder than words."

Not everyone seemed to take issue with the tribute. Famous faces like Jada Pinkett Smith, Olivia Culpo, Maye Musk, Gigi Gorgeous and Nikita Dragun all walked in the designer's show (Tyga performed), with some people on Instagram praising the designer for honoring Bryant.