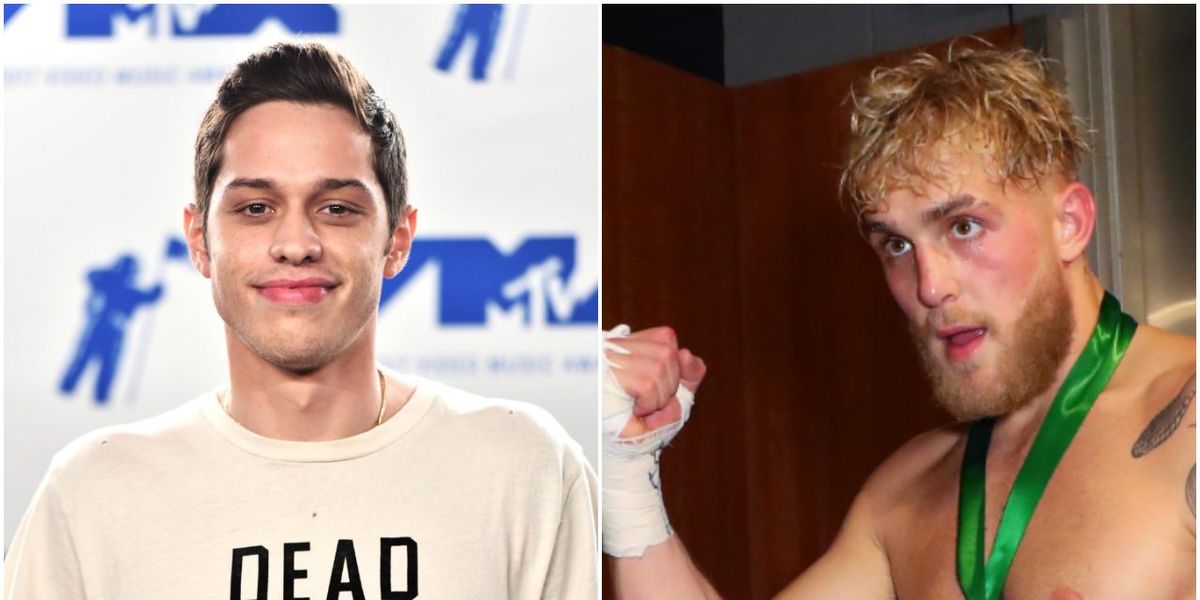 This past weekend, the comedian hosted Paul's Triller Fight boxing match against former UFC fighter Ben Askren. However, Davidson had some barbed roasts for him during a filmed backstage interview, telling the former YouTuber that he reminded him of "Charlie Sheen when he went on his winning tirade." He then went on to ask something that was bleeped from the broadcast, which Paul responded to by saying, "You can't joke about that."

And though we don't know what exactly the SNL star said, BuzzFeed reported that he was talking about TikToker Justine Paradise's recent video, in which she said Paul had forced her to perform oral sex during an alleged 2019 incident at his house, even though she said no. In response to the accusation, Paul issued a Twitter statement refuting the "manufactured" claims and calling them a "blatant attempt for attention" during the week of his high-profile fight.

That said, Davidson later made his disgust with Paul even clearer during another chat with Askren, who also expressed his distaste for his "shitbag" opponent as a person. In the second video, Davidson begins by saying he's "not a good person" and asking about the August raid on his mansion.

"He's clearly not a good influence on any of the youth culture. He kind of has this whole following so he thinks he can do whatever he wants," Davidson told Askren, before mentioning the weapons found by the FBI during the raid. "Like why isn't he in jail?"

Davidson added, "That's what the message we're trying to get to the kids is: That he's a piece of shit."

Watch both clips, below.

#PeteDavidson asked #JakePaul about the sexual assault allegation in his locker room immediately before he took the ring in his fight against #BenAskren. 😱 pic.twitter.com/9tkmIjhglh