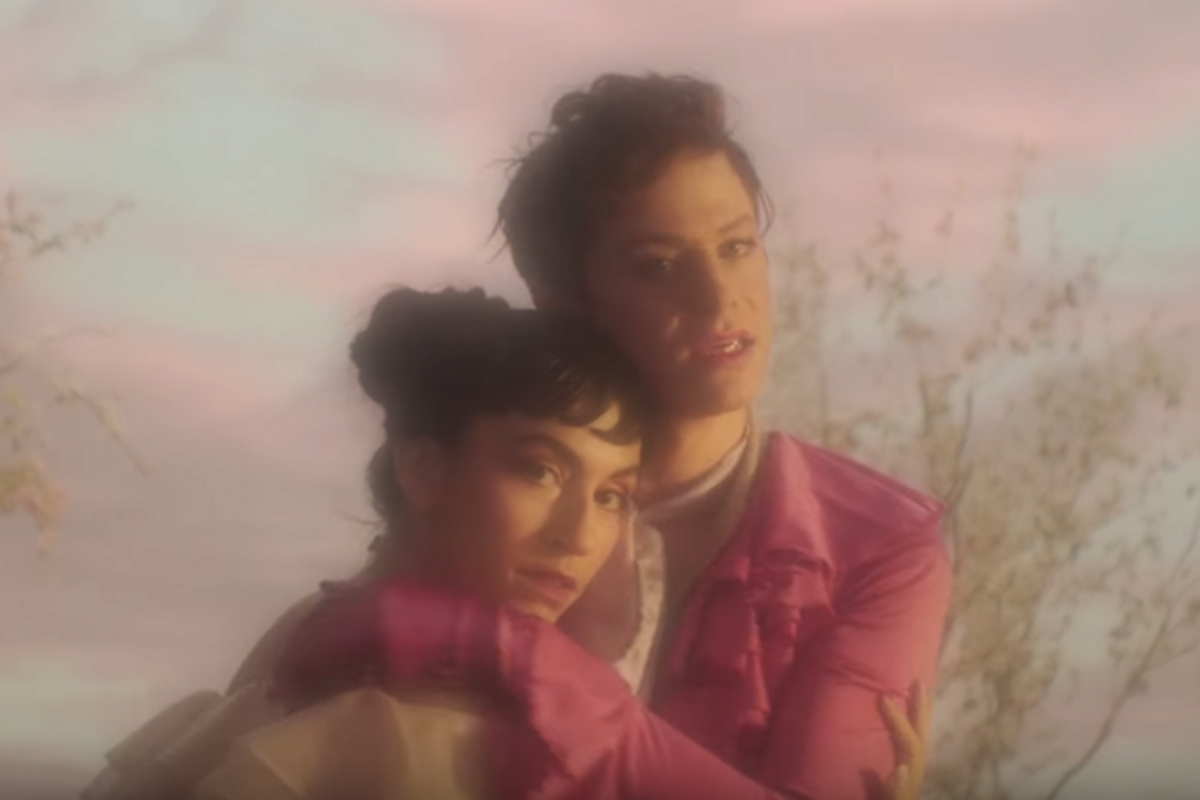 Mike Hadreas is back with some exciting news: No Shape, the first Perfume Genius album since 2014's Too Bright, will be released by Matador on May 5.

To tide us over until then, he's also released the incredible new video for his first single off the album, "Slip Away." Directed by artist Andrew Thomas Huang, the video is like a live-action painting of Hadreas and a woman dancing in a blush-toned Garden of Eden dreamscape. Eventually they make a run for it as two strange men pursue them through the forest. Together, the song and video seem like nothing other than resistance, which is fitting for these times.

My favorite movie is Dogfight with River Phoenix and Lili Taylor. The ending is kind of bittersweet, but so real and moving and complicated. I tried to see if I could make something similar. It's about a love that other people tell you is devious or not natural, being very pure and true — physical or otherwise.

When I was doing press for my last album, everybody kept asking me why I was writing about all this when gay people can get married and it's not illegal to suck dick in Wyoming or wherever, but there are still a lot of really horrible things going on right now. So there's a joy to this song, but it's a protest, too.

Watch the stunning video below: