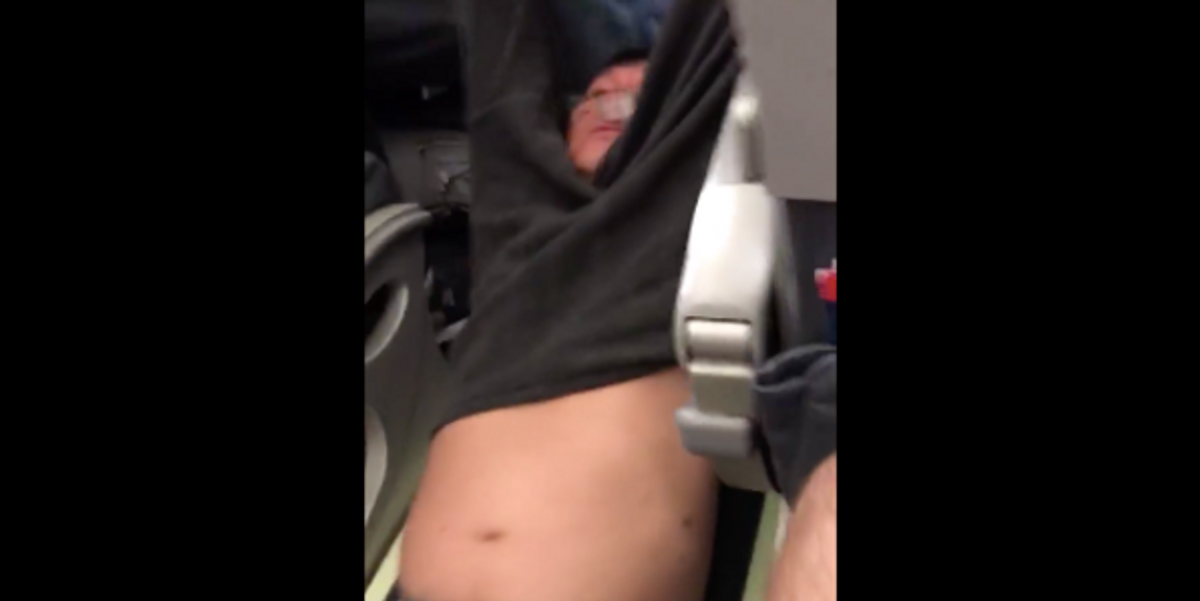 The officer responsible for forcefully pulling an unidentified passenger from an overbooked United Airlines flight and dragging him by his arms down the aisle has been placed on leave, Chicago officials said.

The officer is suspended "pending a thorough review of the situation," city Aviation Department spokeswoman Karen Pride wrote in an emailed statement.

"The incident on United flight 3411 was not in accordance with our standard operating procedure and the actions of the aviation security officer are obviously not condoned by the Department," Pride said.

United Airlines has a PR problem. Less than a month after getting major flak for barring two young teenage girls from boarding a flight because they were "inappropriately dressed" in leggings, the airline is making headlines for all the wrong reasons, again.

After overbooking a flight from Chicago to Kentucky, United asked that four passengers volunteer to give up their seats for crew members who needed to get on a flight from Kentucky the next day, offering $400 and a hotel stay. People were allowed to board the plane, and were asked to give up their seats once inside. When not enough people offered to leave, passengers were apparently chosen at random by a computer. The first couple selected willingly gave up their seats, but the next man chosen (shown in the video) was upset and said that he was a doctor who needed to get to his patients in Kentucky.

According to fellow passenger Audra Bridges, a manager who was handling the process said that security would be called if the man did not leave the flight. After two security officers talked to the man, a third forcibly grabbed him and removed him, dragging him by his arms down the aisle of the plane while horrified passengers looked on (and filmed).

The man was eventually allowed back on the plane, but according to Bridges his face was bloody and he appeared disoriented. No update on the man's medical condition has been given.

@United overbook #flight3411 and decided to force random passengers off the plane. Here's how they did it: pic.twitter.com/QfefM8X2cW
— Jayse D. Anspach (@JayseDavid) April 10, 2017

"Everyone was shocked and appalled," Bridges said. "There were several children on the flight as well that were very upset."

Obviously, the internet quickly weighed in on the incident:

This is awesome. Usually you have to have a totalitarian government to come up with language this contradictory. But @united did that. https://t.co/mMFw92PbYl
— jelani cobb (@jelani9) April 10, 2017

United have always been awful. But they hadn't previously taken that crucial final step towards actually assaulting their customers.
— Ian Dunt (@IanDunt) April 10, 2017

Gorsuch to be tie-breaking vote in case that says United CAN fire non-compliant passengers out of a cannon into "zone 3 comfort pit."
— Jon Lovett (@jonlovett) April 10, 2017

I don't know who I'm disgusted w/most. @united or @Chicago_Police for the savage removal of a man on United flight #BoycottUnitedAirlines
— Amanda Arana (@plantbasdfoodie) April 10, 2017

UNITED: Leggings are a breach of decorum.

ALSO UNITED: We will beat you and drag you from the plane if we want your seat for our employee.
— Jamison Foser (@jamisonfoser) April 10, 2017

A statement from United didn't help matters, as the non-apology addressed the overbooking but not the traumatic removal of the passenger:

"Flight 3411 from Chicago to Louisville was overbooked. After our team looked for volunteers, one customer refused to leave the aircraft voluntarily and law enforcement was asked to come to the gate. We apologize for the overbook situation. Further details on the removed customer should be directed to authorities."

Seems like United could use a new PR strategy right about now.