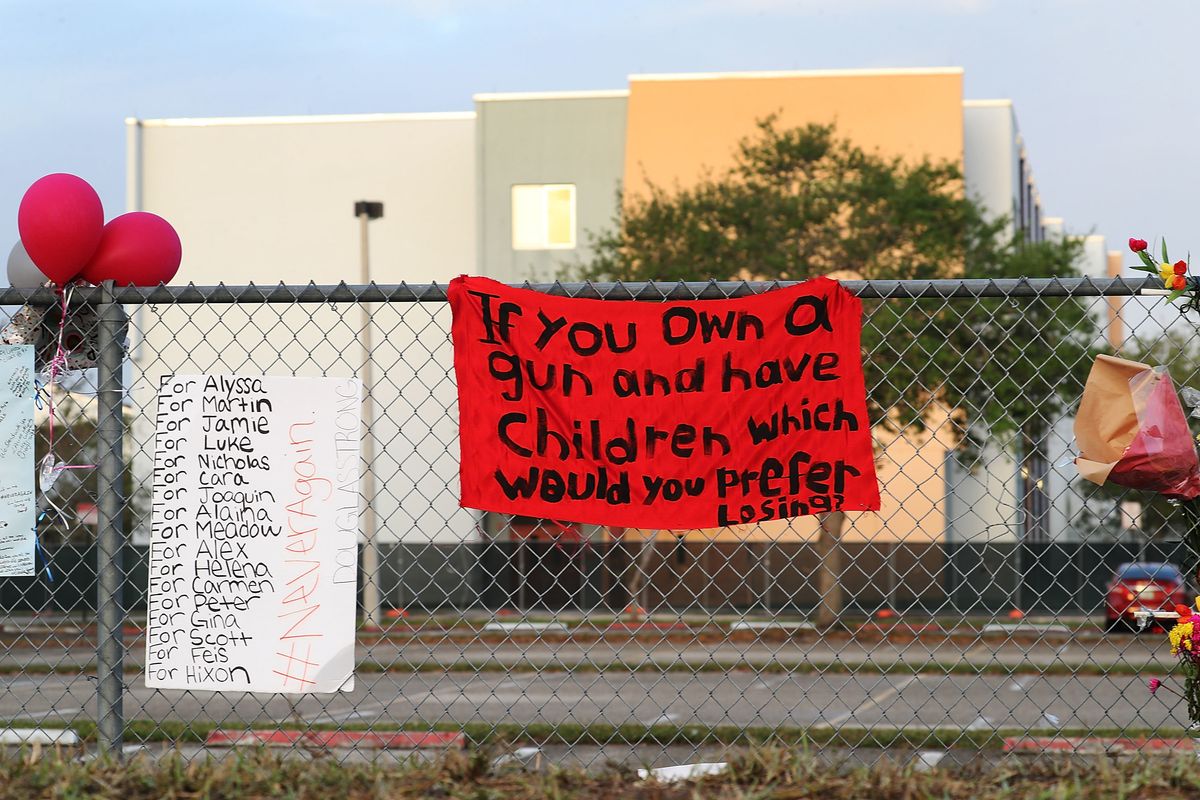 In February, 17 students and faculty members were killed in a mass shooting at Marjory Stoneman Douglas High School. Since then, many of the students at the school have become politically active, organizing the March for Our Lives and the #NeverAgain movement. Students David Hogg and Emma González, who have been active in the gun control movements, are both going on a bus tour to encourage people to get educated about which politicians accept money from the National Rifle Association and to register to vote.

Four of the victims of the shooting — Joaquin Oliver, Carmen Schentrup, Meadow Pollack, and Nicholar Dworet — were seniors who would have graduated this year. At the high school's graduation, they were honored via four empty chairs and diplomas that were given to their families. The staff who died in the shooting were also honored via statues of eagles that were given to their friends and family.

Late night host Jimmy Fallon was a surprise commencement speaker. In his speech, he mentioned that he saw some of the Marjory Stoneman Douglas High School students speak at the March for Our Lives, saying, "Thank you for your courage and your bravery and for giving amazing speeches I could never possibly live up to."

He added, "Some things that seem like setbacks can take our lives in a totally new direction — they change us in ways we don't expect. And they make us better, and stronger. You guys have already proven that to everyone. You took something horrific, and instead of letting it stop you, you started a movement."