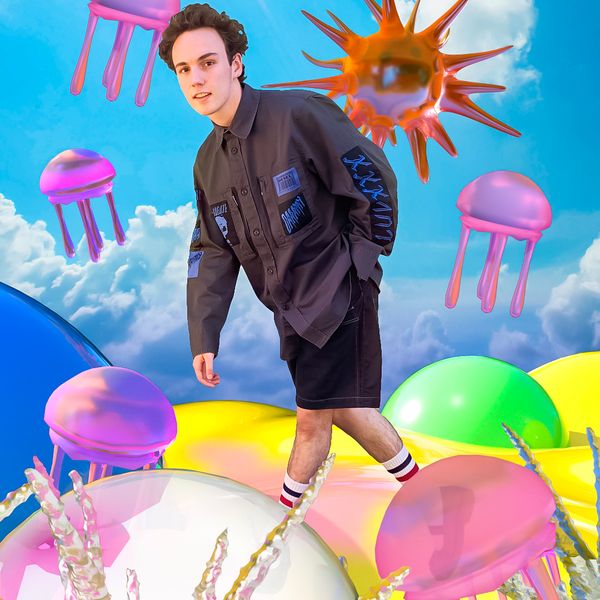 Normalize! Hip! Hop! Dancing! To! Regina! Spektor! This is the mission of Zack Jot, AKA @zockjat on TikTok. You might know him best from his viral dance to Lily Allen's "Smile," which will retroactively convince you that Ms. Allen should have been on the Step Up soundtrack. The 19-year-old is thriving on the app with his unexpected mishmash of golden late 2000s indie hits, from "Paper Planes" to the aforementioned Spektor discography, and extremely well-executed street moves. He also recently freestyled to the very Parisian Amelie theme. This is what the internet was invented for.

A few months ago, I realized that the text abbreviation "mf" always sounds like "muff" in my head, and then I got into the habit of saying that out loud. It's not funny and no one gets what I mean. I need to stop.

I was blown away. I initially got on TikTok without the intention of trying to become famous on the app, but I did figure it would be cool to get a little more exposure for my dancing on it. When the Regina Spektor video took off, which was meant to be sort of a joke, I got so much amazing support from people who didn't know me at all, which left me immensely grateful and just beyond hyped to be getting love on that level. The Smile Challenge felt surreal though. Seeing so many people doing my dance, especially dancers I'd looked up to for years, was really personally fulfilling. My dream has always been to be a dance teacher at dance conventions and to share my choreography with people, so the Smile Challenge was sort of exactly what I've always wanted to do — but on steroids.

Which TV shows are helping you survive 2020?

Lately, it's been Avatar the Last Airbender and Fleabag. I didn't have cable TV when I was a kid so this year was the first time I saw Avatar all the way through, which was far too long overdue. It seriously is a masterpiece just like everyone says. Second, my sister and mom put me onto Phoebe Waller Bridge's Fleabag, and I fell in love by the end of the first episode. TOP notch cast, hilarious dialogue and such a fresh and unexpected style. Show had me in tears, for a number of reasons hahaha.

A few days ago, while dancing to My Old Man by Mac DeMarco in my room.

I mean spiders is the obvious answer, but I would also say being perpetually late forever. It's stupid, because I know it's such an easy thing to change and it's just a matter of forcing myself to make that change happen!

If you could have a superpower what would it be?

This is a classic choice but teleportation most definitely. It goes hand-in-hand with my chronic lateness; if I could snap my fingers and be where I need to be, life would be so much simpler. I could get so much more done. Also, it would be such an insanely cool thing to incorporate into a dance performance.

It's hard to choose just one charity to give all that money to. There are so many causes, all in such dire need of support. The charities that come to mind are the Natural Resources Defense Council, Black Lives Matter, Freedom for Immigrants, Southern Poverty Law Center, and, I suppose now more than ever, Fair Fight. Social and environmental justice should be of the utmost importance, but the progress that must be made in those areas is only possible if the people in public office are not standing in its way.

I guess what I'm already doing! I would keep training and teaching dance, trying to flesh out my technique and make use of as many opportunities as I can while still in quarantine. I'm planning on finishing up my Associate's Degree at community college, and then going full steam ahead with professional dance, once things get up and running a bit more.

Maybe it's corny, but I would probably say it was this picnic dinner date my girlfriend and I went on at this little pond. We got dressed all the way up, ordered takeout from a restaurant nearby, and set up a picnic table with a tablecloth and candles. It took us a while to get there, and the food was cold by the time we ate, but that almost made it better than if it had gone perfectly.