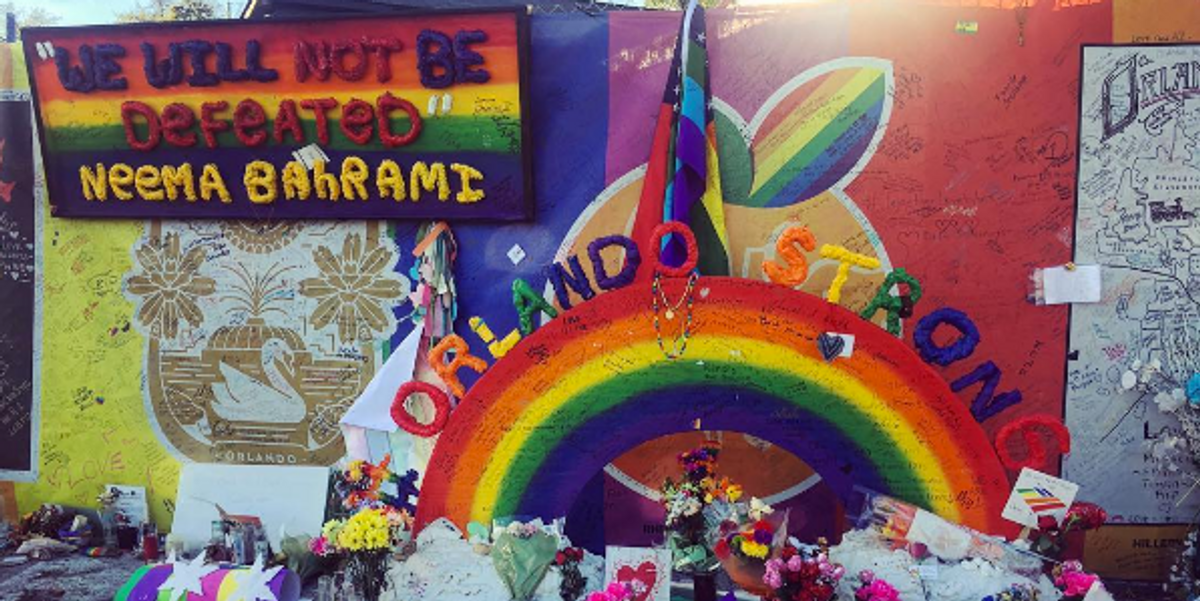 Our hearts are still heavy from the 49 members of the LGBTQ community we lost during the tragically fatal mass shooting that happened at Orlando's Pulse Nightclub on June 12, 2016. Sure, the pledge from Orlando hospitals to waive medical fees for the survivors, the touching videos celebrities left and the speeches they made in honor of the victims, and, of course, the city's decision to turn the nightclub into a memorial all have helped to ameliorate our distraught hearts. But nevertheless, it always seemed like things would never truly feel normal again — particularly when some people were using the attack as inspiration to engage in some anti-gay terrorism of their own.

This latter feeling will probably never fully go away, but at least there are efforts continuously being made to honor the innocent men and women we lost on that day. Today, Buddy Dyer, the mayor of Orlando, teamed up with Teresa Jacobs, the Mayor of Orange County, to officially declare June 12th "Orlando United Day," which is slated to be "A Day of Love and Kindness." Meant to commemorate the victims and their families, Orlando United Day will feature "a number of community events and activities." Both mayors and One Orlando Alliance also urge citizens to treat Orlando United Day as a special day for focusing on doing acts of love kindness.

Watch a promotional video announcing the new holiday below and look at the events on the website.