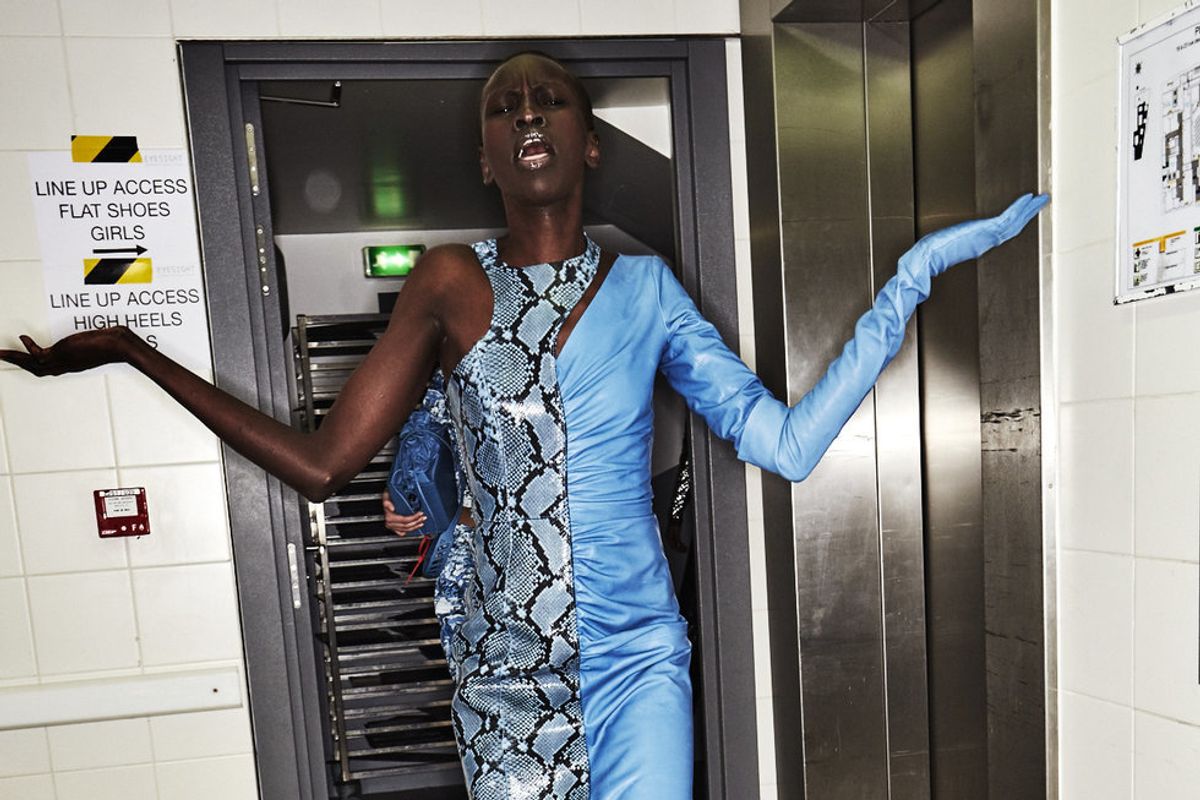 While every designer hopes to create the must-see show of the season, Virgil Abloh, it seems, took it to the next level.

As reported by Fashionista, the Off-White founder's man-of-people approach has built him a hype that might growing faster than even he can keep up with. To catch his latest collection "West Village," hundreds of non-invitees stormed the barricade, many of whom had attended Abloh's pop-up earlier that day, as police desperately tried to control the crowd.

Ironically the show itself was an ode to elitism, spotlighting the type of woman who "[SoulCycles] on weekdays and rides horses in Westchester [on weekends]" with a combination of sporty-equestrian chic — not necessarily the all-inclusive message Abloh has pushed previously. Blazer playsuits were among the most exciting pieces in the show, as was a lycra turtleneck poncho-gown atop a bronze bodysuit, with no "instructions" or "labels" in site.

In an interview with PAPER, Abloh discussed his obligation to empower the younger generation, claiming that their devotion is "part of [his] ego."

He continued, saying, "It's an exchange. If you are going to ask for people's attention, you have to give something in return, and I want people's attention in a way. I would say that that's the only failure, to put something out and no one notices if that's what the ambition is. I like the fact that [by] doing work you can be inspiring for other people to do work and create new things."