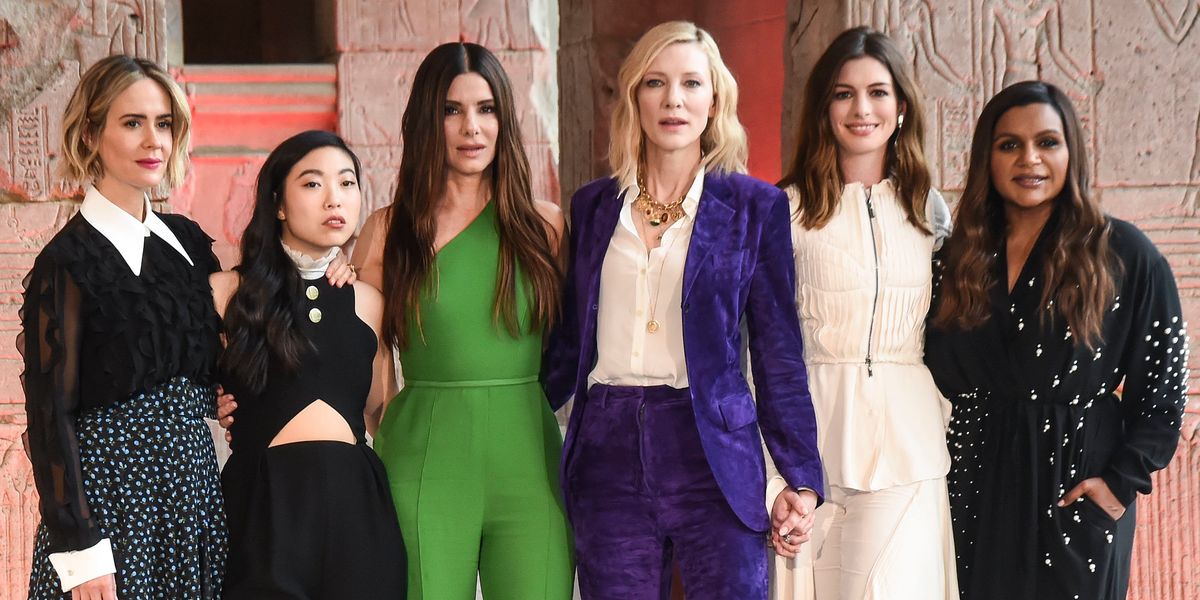 The 'Ocean's 8' Cast Sees Through Your Sexist Questions

The women starring in the all-female remake of popular heist film Ocean's 8 are naturally having to answer many questions their male predecessors were never asked, likely because women pursuing a life of crime is un-ladylike, of course.

At a recent press conference for the film, which is out next month, reporters asked the cast if the storyline will inspire young girls everywhere to become criminals. To be fair, there is a moment where Sandra Bullock reminds herself she's robbing the Met Gala for 8-year-old girls everywhere who dream of pulling off something similar. The pearl-clutching journalist, however, enquired as to the real effect the actresses believe these "strong female roles" might have.

Here are the cast's responses:

Mindy Kaling: "Our conversations are not about that man, and I think that's very exciting," adding little girls should be refreshed by the fact the Ocean's 8 characters were "orchestrating a crime, rather than fighting over a man."

Anne Hathaway: "To an 8-year-old girl, maybe we're not trying to say, 'Go have a life of crime,'" Anne Hathaway said, "But we're saying, 'Go do what you want, there's space for you.'"

Honorable Mention: Rihanna, who would've, likely said something along the lines of, "Wow, how disappointing was that question?"

Go see Ocean's 8, then go and orchestrate an elaborate heist if you want (but probably don't).