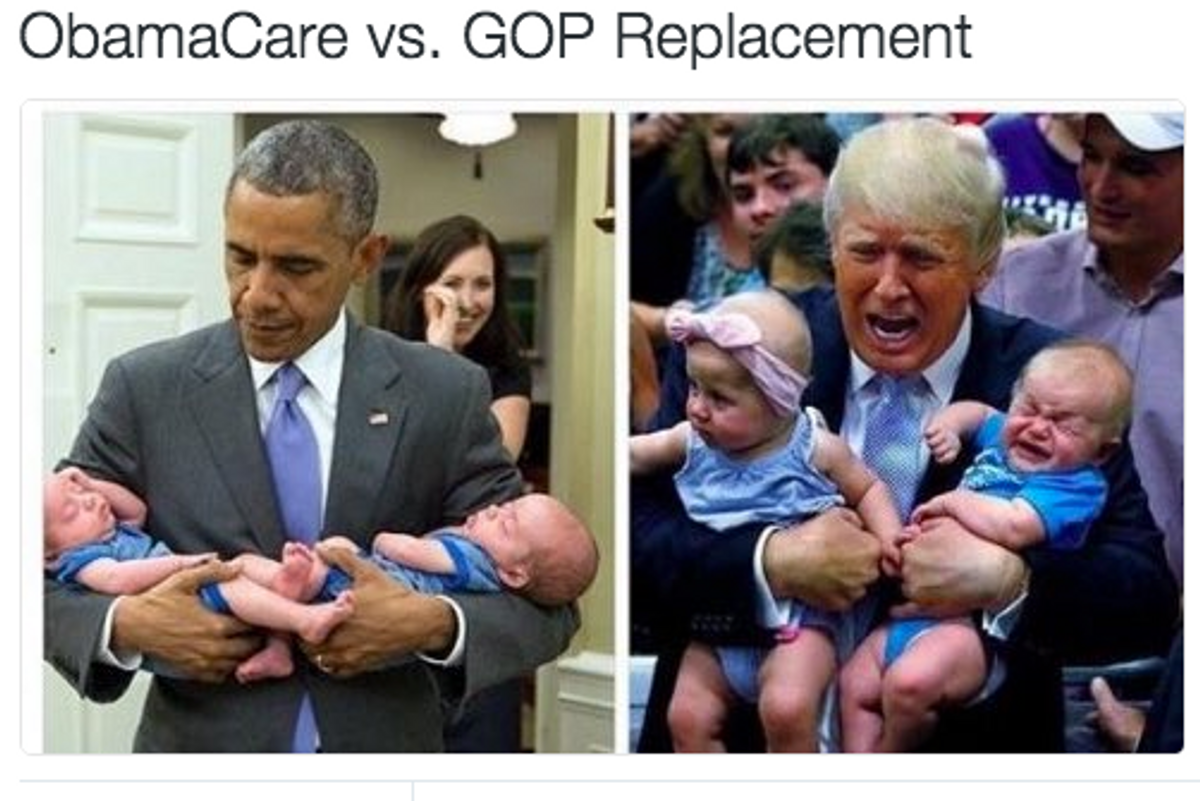 'Obamacare vs GOP Replacement' Memes Are Everywhere and They're Amazing

Republicans have finally revealed their healthcare plan to replace Obamacare and naturally it's very divisive. While it does include various popular Obama policies like the ban on denying coverage for pre-existing conditions, it also removed federal subsidies for insurance – replacing with tax credits – and Twitter was not happy.

Enter the meme queens. Twitter's best and brightest set about comparing Obamacare to the GOP replacement and they did not hold back.