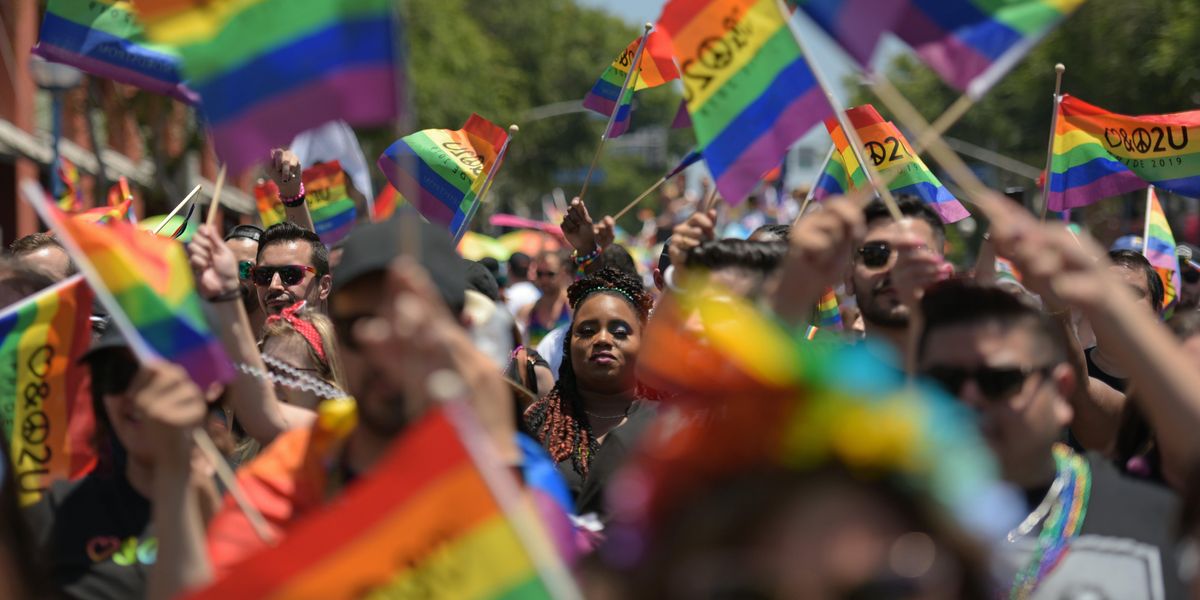 In a progressive move, organizers of New York City Pride have announced that police will be banned from participating in all of NYC Pride through at least 2025.

According to an official statement by NYC Pride, the new set of policies comes as part of a more concerted effort to create safer spaces for the LGBTQIA+ community, specifically BIPOC and trans communities which have disproportionately been affected by escalating levels of violence.

Related | This Cali BLM March Was the Antidote to Corporate Pride

"The sense of safety that law enforcement is meant to provide can instead be threatening, and at times dangerous, to those in our community who are most often targeted with excessive force and/or without reason," the statement explains. "NYC Pride is unwilling to contribute in any way to creating an atmosphere of fear or harm for members of the community."

Funds that would typically be allocated to the NYPD will instead be directed towards increased community-based security and first responders. NYC Pride will work to independently develop a first response emergency plan for private security and will train volunteers in de-escalation tactics, as well.

The police officers deployed this year to monitor traffic will be required to maintain a block's distance from the parade at all times. They will be allowed to intervene "only when absolutely necessary as mandated by city officials."

Banning cops from the parade and events is part of NYC Pride's efforts to better center queer BIPOC voices for the annual celebration. The organization has announced a commitment to "increasing Black-led, Black-centered partnerships and establishing long-term vendor relationships with minority-owned businesses."

At least 30% of their annual Pride Gives Back Grants will also go towards trans, two-spirit, gender nonconforming/nonbinary, womxn-owned, and BIPOC nonprofits and initiatives over the next five years.

The decision to ban cops from Pride has drawn criticism from law enforcement organizations, especially LGBTQ+ officers. For many though, police presence has always felt anathema to the entire spirit of pride, considering the Stonewall riots were spurred on by a police raid and led by QTPOC who were fed up with the repeated harassment of the LGBTQ+ community by law enforcement.

In light of last year's larger national conversation around police brutality and its historical context, hopefully, as one of the largest and most visible Pride month celebrations, others around the country will end up following the example being set by NYC Pride heading into the future.