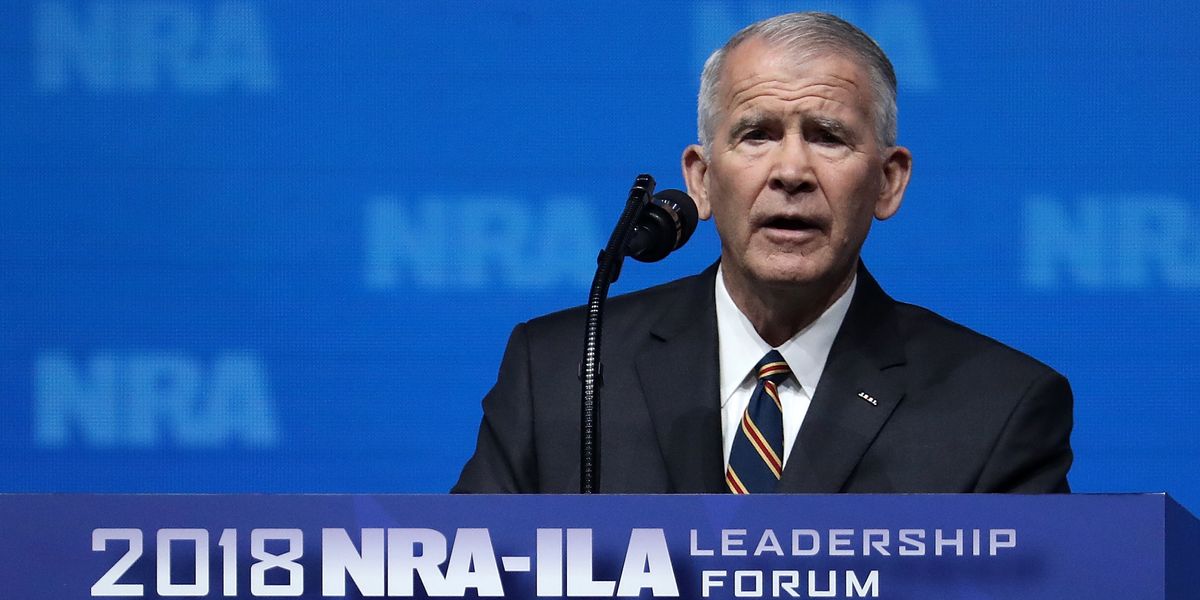 The National Rifle Association Has Named a New President

The National Rifle Association has named retired Marine Corps Lieutenant Colonel Oliver North as its newest president. He is replacing Pete Brownell, who has declined to run for another term in order to spend more time with his family, The Wrap reports. North will become president in a few weeks after a formal process has been completed.

Oliver North is currently a contributor at Fox News, a position he will step down from upon commencing his duties as President. He was also involved in the Iran-Contra conflict in the 1980s. He worked as deputy director of political military affairs for President Reagan's National Security Council when the United States secretly sold weapons to Iran. Part of the funds from the sale were then sent to the rebel Contras group in Nicaragua.

In 1989, North was fined $150,000 and convicted of three charges — "destroying government documents, accepting illegal gratuity, and aiding and abetting in the obstruction of Congress," according to The New York Times. The criminal charges were dropped in 1991.

NRA Executive Vice President and CEO Wayne LaPierre commented that he is very excited for North's term as president, saying, "This is the most exciting news for our members since Charlton Heston became president of our Association. Oliver North is a legendary warrior for American freedom, a gifted communicator and skilled leader. In these times, I can think of no one better suited to serve as our president."

The NRA has been under intense scrutiny for years, as the United States has a gun violence problem unparalleled in most other countries. In recent months, after a shooting at Marjory Stoneman Douglass High school left 17 dead, many students have mobilize for gun legislation reform, speaking publicly about how students have a right to feel safe from gun violence, and organizing an international protest called The March For Our Lives.