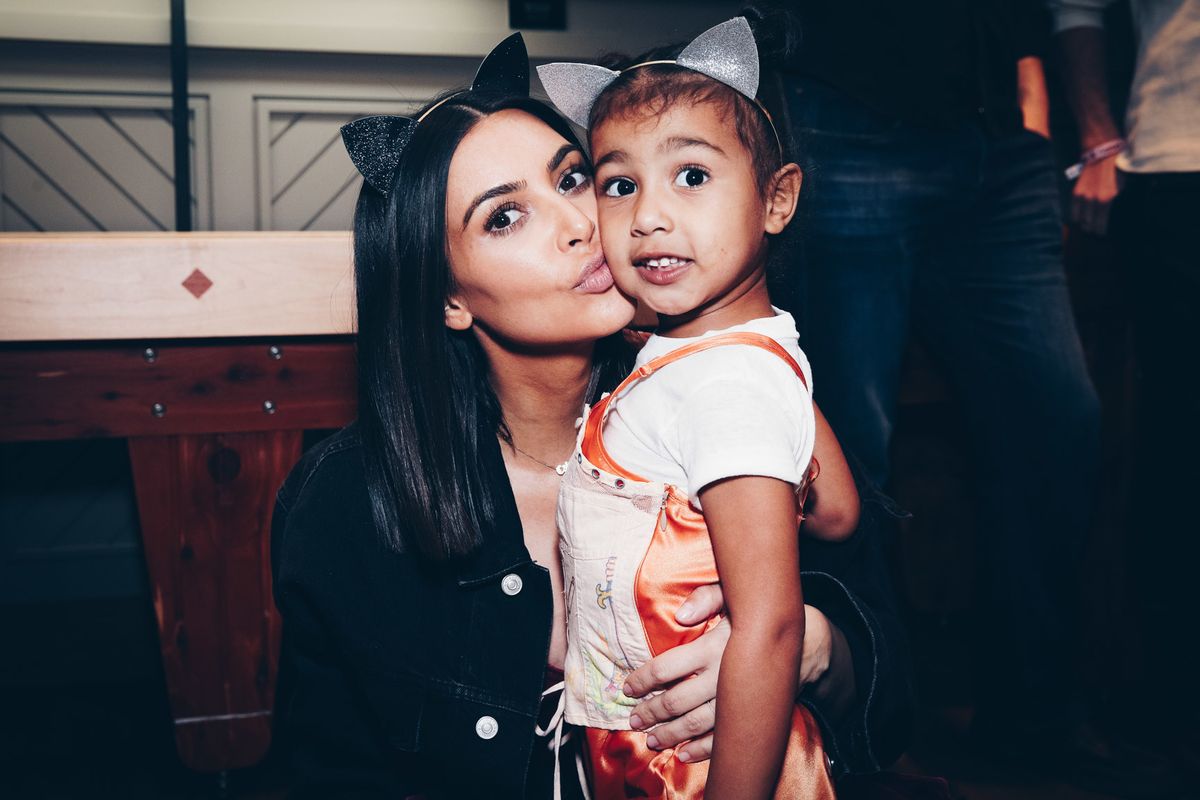 North West is well on her way to fashion icon status, this time sitting pretty alongside brother Saint and dad Kanye West for Harper's Bazaar's September "Icons" issue. All photographs for the spread were shot by Mario Sorrenti. In the image, Kanye holds Saint in his arms while North drapes herself over his shoulders, all in various states of athleisure — a look which the Kardashian-Jenner family has arguably championed more than most. And, only one day after her mom, Kim Kardashian, and four aunts fronted Calvin Klein's latest fall 2018 ad campaign, it's almost as if North is saying: "I can do it too." After all, she was the feature of this season's Fendi campaign with Kris Jenner and Kim, so she's well on her way.

The West family is certainly in good company for the issue, as they are honored alongside the likes of Bruce Springsteen, Lionel Richie, Steven Tyler, and Mariah Carey. Some of the aforementioned names are shown with their equally stylish children (i.e. Liv Tyler, Nicole Richie, and Maria's twins Monroe and Moroccan), while others are pictured alone.

Harper's BAZAAR on Instagram: ““I hope my children never lose their confidence to society.” — #KanyeWest with daughter #NorthWest and son #SaintWest on our September…”

Carine Roitfeld, who serves as Global Fashion Director for the brand (as well as runs her own publication, CR Fashion Book), told WWD, "It was amazing to see that some of the industry's most groundbreaking rock stars have a sense of tenderness with their loved ones — even if they are adults."

While there are multiple covers for the much-celebrated issue, Kanye and kids have made the cut for the subscriber issue, meaning that all home deliveries will feature the trio front-and-center. And, when opening up the issue, one will read about how devoted he is to his children, as he shares, "I hope my children never lose their confidence to society."