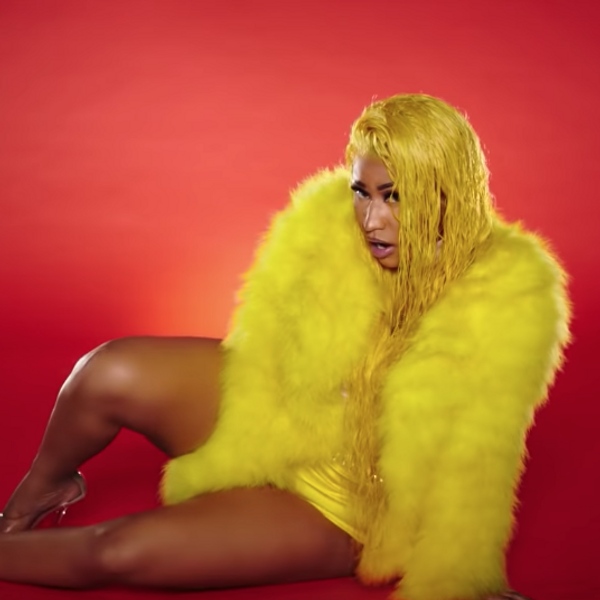 In what has been an eventful week, to say the least, for rapper Nicki Minaj, it seems fitting that we were treated to the music video for "Barbie Dreams" following tonight's very heated episode of her Queen radio show.

Directed by Hype Williams, to say that the video for "Barbie Dreams" is colorful is a massive understatement. Vivid primary yellows, slime green, and a mermaid-esque ombré of seafoam green to plush pink, Minaj's hair alone is enough to write home about. Couple that with complimentary outfits and contrasting backgrounds that make her visually pop even more and what you get is a color theorist's unfettered fantasy.

As if that wasn't already enough, the video doubles down on its surreal edge with puppets. Modeled after the various rappers Minaj disses in the scathing Queen album cut, many of which will haunt your nightmares. Wacky, over-the-top, and larger-than life the video for "Barbie Dreams" gives us everything we've come to love about Minaj over the years, a rapper who is whimsical but fearsome.

Watch the full video for "Barbie Dreams," below: