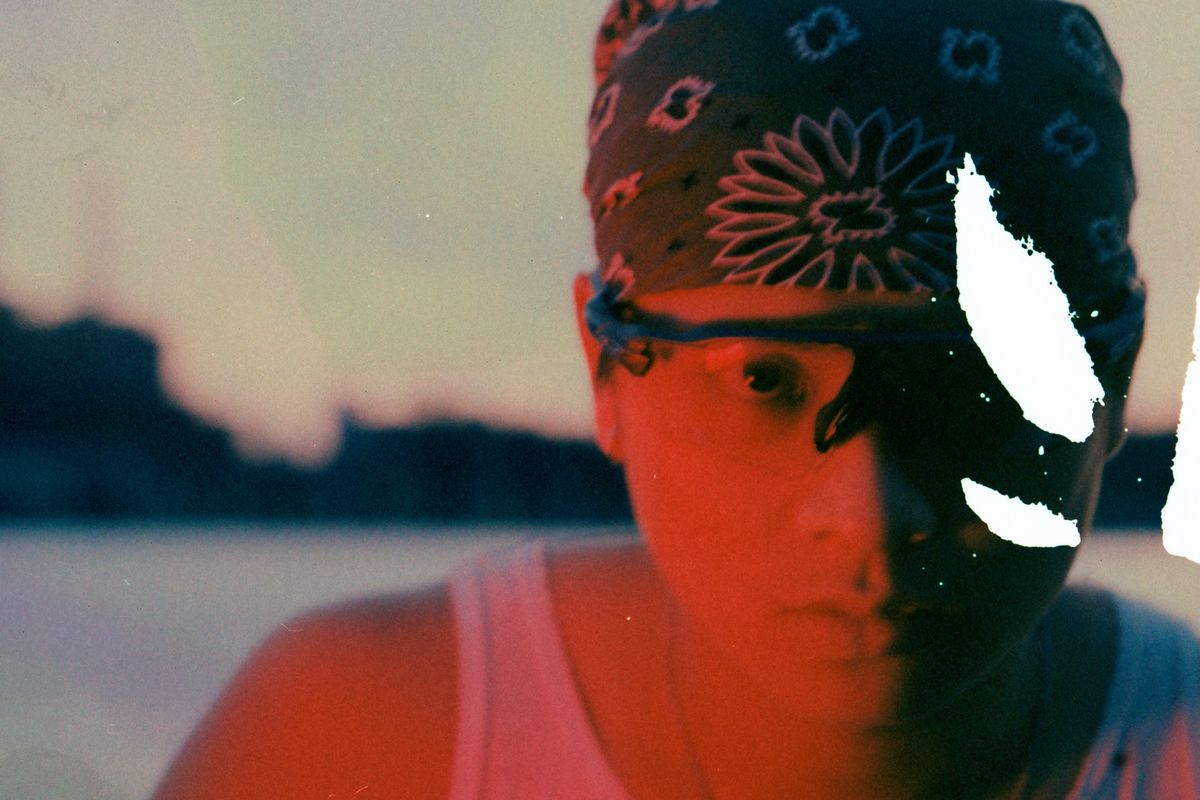 No_4mat Sends You on an Emotional Journey with 'No Fear'

This year has been quite the trip. From the global and racial pandemics, to the presidential elections — there's been a lot going on, and a lot to be anxious about. But New York City-based Filipino techno artist No_4mat is choosing to see past the chaos, and look forward to the change that's coming. With his first-ever LP No Fear, he wants to tell listeners to be unafraid. He told PAPER, "There is beauty within everything. There will be times of chaos, anxiety and madness but this is how us humans have to grow."

No_4mat has been amassing a global online following since he self-released his first single, "1992." Since then, he's been making signature melodic productions, with his own unique emotional touches, drawing inspiration from both trance and techno genres of music, as well as random things like video game scores and distant memories. And though he always has a nostalgic 90's feel to his tunes, the eight tracks in No Fear exhibits the range of his sound palette — from ambient euphoric sounds to experimental pop.

The artist spoke exclusively with PAPER about this new project, diversity in techno, and how he's found solace in music that moves people, not just on the dancefloor.

How did you first get into music?

"As a full time motion designer and vfx artist, I am usually glued to the screen looking and feeling with my eyes, having the task to create visual stories by moving and removing keyframes altering the time of a graphic's movement for an audience to absorb with ease. After a few years of doing this full time, I started taking on projects that became less and less fulfilling for me. Eventually I was working on such depressing and thoughtless jobs that I would eventually just go home feeling disconnected and confused, but would start making music and made my day a whole lot better. Writing music definitely has a meditational element for me where I can shut off my eye motors and strictly think along the sonics that go within my ears. It definitely evens out my creative thoughts between visual/non visual and I am so happy I get to have that in my life."

"Transporting others, capturing and releasing atmosphere is the most simple and purest way through dance music in my honest opinion. Before I was producing, I was an avid consumer (still am), and one of my favorite feelings in the world is entering a club at 2am to feel the radiant, pulsing energy and releasing all other tensions in my life. Not that I wouldn't want to pursue any other types of sounds of the future, but I relate to this genre the most personally which I think would ultimately be best for both the listener and me."

What space do you think your music occupies in the techno genre?

"My older sound definitely occupies more of the lofi, leftfield space of the genre but this LP's sound I am very interested in where my listeners will place. My habits have evolved over time and I would say the sound is not so lo-fi any more. Not to say I would never make a track in that world again - just in that moment of time I was not inside that mindset. In my sound I am not shy to reveal what I am feeling for that current idea. I will always be loud and clear and will try to reveal a complete story within every idea. This can give a whole set a journey within and as a storyteller that is my ultimate plan."

Do you think there's a lack of diversity in the genre?

"I think because there is such a concentration of the techno music scene in Europe, it may seem like there is a lack of diversity in the genre, but I believe there are so many new and upcoming artists coming from all parts of the world. There are so many sounds waiting to be revealed. I'd like to think that dance music can unite cultures and bridge gaps - it is truly beautiful! And of course let's not forget the original founders of techno music were black artists in Detroit like Mr. Fingerz, Kerri Chandler, Jeff Mills, Moodymann (the list goes on and on). We owe the entire genre to them."

How did this LP come together? Walk me through its story.

"Last year, I went on a trip with my family back to the Philippines for the first time since I was 10 years old. Walking through the homes that my parents grew up in and exploring Manilla, as well as the northern parts of the islands for the first time - there are truly no words for how surreal the experience was, how deep within my culture I was in. Where my words kept failing me, I tried to capture and translate into music, which is how my first track of the album "heaven is real" was born. The rest of the tracks ultimately branched out from this idea and feeling that came to me during my stay throughout 2020. I wish I could be more specific about this emotion but the best way is to listen to the LP straight."

What, to you, is the most meaningful track?

"Personally, 'no fear' to me is the most impactfully emotional track out of the LP. It is the conclusion to the 8 track story and I aimed to end this whole journey with ultimate confidence. I wanted to give the listener total freedom! A true feeling of limitless and ecstasy which is why it is titled 'no fear'. This whole LP increasingly felt relevant to release in these anxious times of Covid, new presidents and environmental disasters."

What message are you trying to get across with the LP as a whole?

"Don't ever give up. The album artwork is a depiction of exploding fire. But with intense heat comes bright diamonds. A new beginning."

You can listen to the entire LP, No Fear, below.