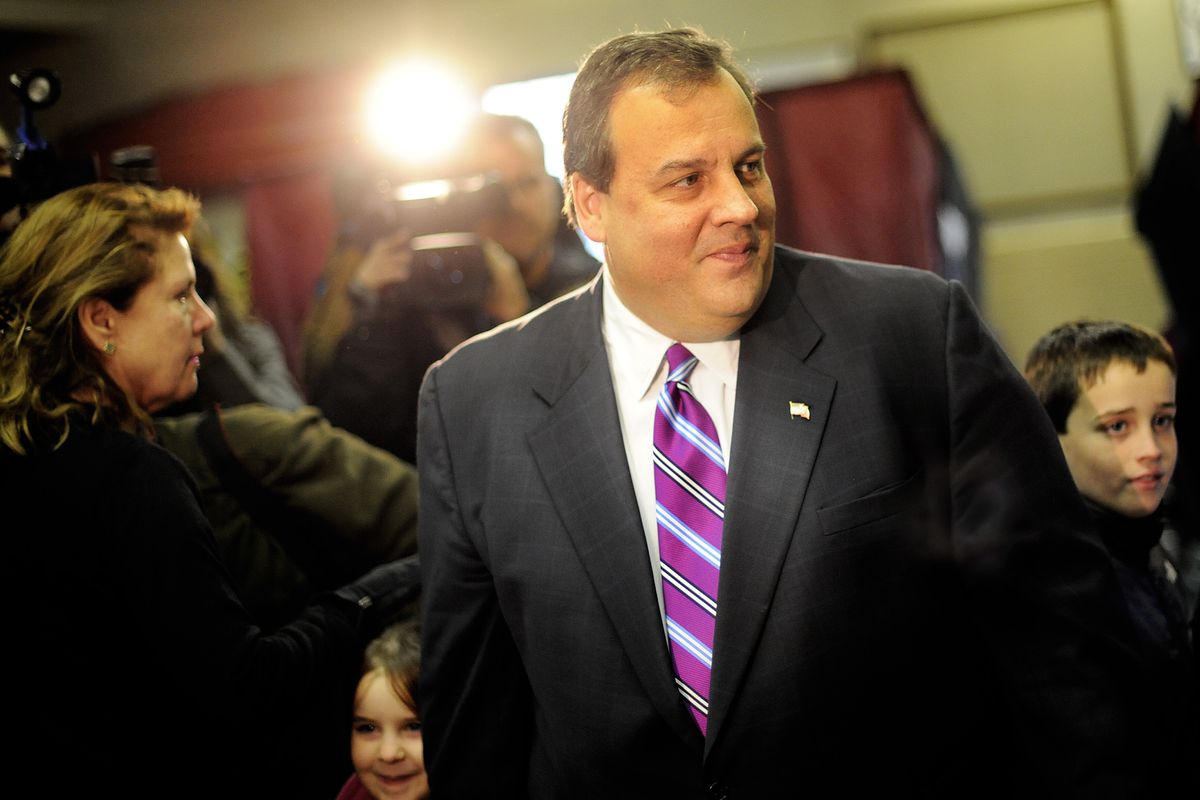 New Jersey governor Chris Christie's past year or two of press have been mostly negative, from being passed over by Trump for a spot in his administration after spending half a year licking his boots, to overseeing a department that orchestrated mass traffic chaos in a moment of peak petty politics, to enjoying the Jersey Shore solo while denying access to all other residents of the Garden State. As one enraged radio-caller told the governor himself, he has bad optics, to say the least.

A Friday press release, however, indicates that Christie appears to have done something right, at least for the LGBTQ community. The release noted that the governor "took action on dozens of bills," including one that says New Jersey public schools cannot make transgender students use a bathroom that conflicts with their gender identity. The schools instead will have to offer "reasonable alternative arrangements if needed to ensure a student's safety and comfort."

This bill harkens back to the Obama-era protections for transgender students that Trump quickly rolled back upon taking office.

Christie had originally echoed the party line on the issue, saying he would let individual school districts decide how to handle transgender rights in the form of the current raging bathroom wars. Various groups including the New Jersey Family Policy Council had been lobbying against the bill, asking their supporters to email their representatives with form letters claiming, for example, that the measure "violates the well-established privacy rights of other students who rightfully expect not to be seen in a state of undress by a member of the opposite biological sex."

Perhaps it was all that time sitting on the beach, pondering life, that led Christie to the conclusion that transgender students deserve protections, too.

LGBTQ rights group Garden State Equality hailed the decision, writing on their website, "This is a huge victory for equality in New Jersey, and we want to send a big thank you to Governor Christie for standing on the right side of history on this one," Garden State Equality proclaimed. "As he did with the conversion therapy ban, Governor Christie took a stand for LGBT youth in New Jersey by signing this important legislation, and he deserves our thanks."

As part of the bill, NJ.com also lists that public schools now must:

- Allow students to dress in accordance with their gender identity.
- Create confidentiality plans to make sure school employees do not disclose a students transgender or transition status.
- Issue school documentation, such as identification cards, that match the student's gender identity.
- Let students participate in gym class with the gender that matches their identity.

.@GovChristie you did good today. You're welcome to come sit at the gay beach! Thank you for signing those bills. #LGBT #Equality pic.twitter.com/HUKoHZO55U
— Christian Fuscarino (@Fuscarino) July 21, 2017

Even if it's just for the optics, we'll take it.