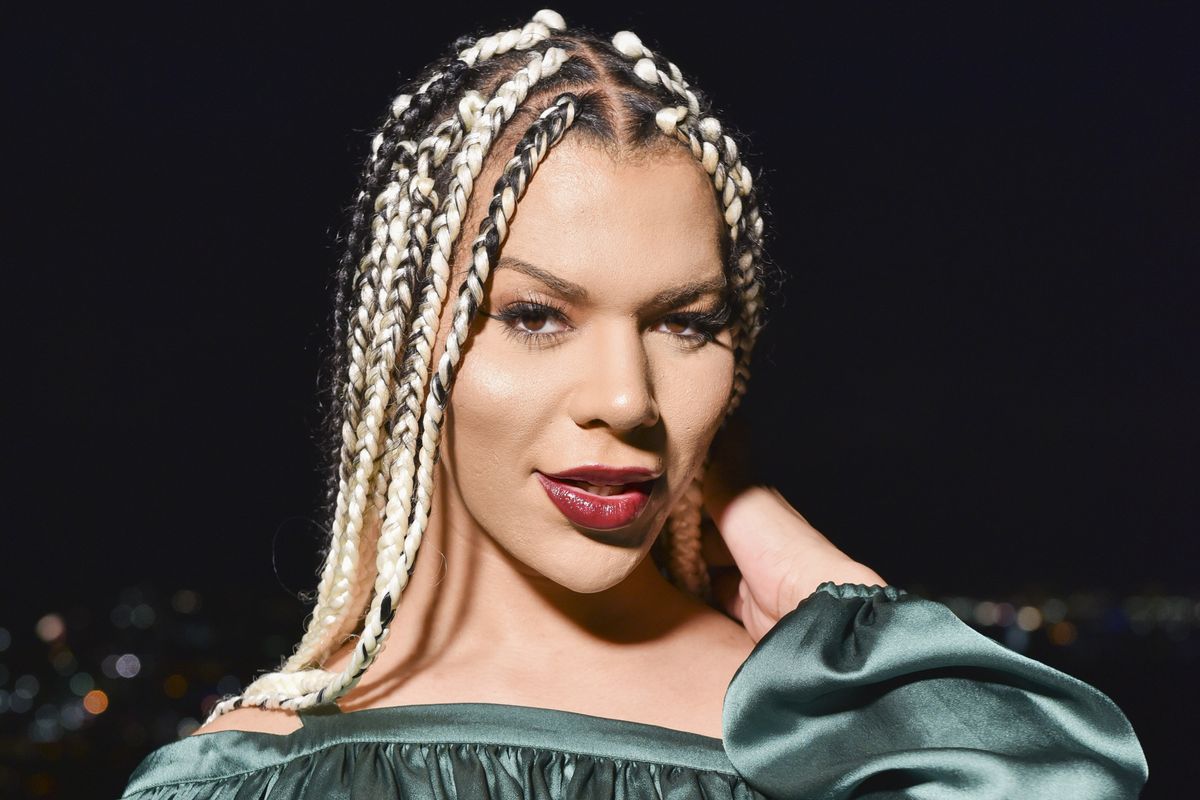 Not six months after model/activist Munroe Bergdorf was fired from L'Oréal's diversity campaign for a Facebook post calling out racism, she has decided to step down from Labour's LGBT+ advisory panel after the right-wing media dug up tweets written eight years ago containing homophobic language.

"I wanted my appointment to be something positive and exciting for the community, but instead it has turned into nasty tabloid fodder, blown out of all proportion," Bergdorf said today on Instagram. She continued, "I will not allow myself to be centred [sic] in this negative narrative, but most importantly I don't want to stand in the way of the board serving as a positive catalyst for change within the UK's LGBT communities."

In 2010, Bergdorf jokingly labeled a friend a "hairy barren lesbian" on Twitter, and used slurs "poof" and dyke," while commenting on how, "Gay male Tories are a special kind of dickhead." After Bergdorf's posts were uncovered, gay politician Nigel Evans immediately called for her resignation. "I don't know which community she's representing but it is certainly not mine," he said.

Bergdorf has already responded to allegations of homophobia with the following statement:

"Regarding any offensive tweets that I've posted in the past; namely those tweets shared playfully between close friends, I want to begin this letter by apologizing. I am sincerely and wholly sorry - both to those who I cruelly speak about in those tweets, but also sorry to the entire LGBT+ community and anyone who has supported me over the past year.

In 2010 I hadn't yet transitioned and was outwardly presenting and identifying as an effeminate gay male. Tweets were juvenile jokes made with friends who also identify as LGBT+ regarding a website called 'Lesbians who look like Justin Beiber', however they were in bad taste and certainly not reflective of who I am today at 31 years old. I'm not going to try and excuse them, as there is really no excuse. Who I am now, is not who I was almost a decade ago when I wrote these tweets.

Again, I am sorry for these disappointing posts. I feel as let down as you, but this is certainly not what I think of others or how I treat others. I've learned first hand that unless you learn to love yourself, you have no hope of loving others."

Originally nominated by Dawn Butler, Labour's shadow equalities minister, Bergdorf's position was to serve as an unpaid representative for the community to consult as part of an advisory group on a wide-range of LGBTQ issues.

The constant persecution of public figures, who have long-since discredited previous words with their actions, begs a bigger question: Exactly how much apologizing does somebody need to do, before being let off the hook? Bergdorf's statements were absolutely wrong, but the world has changed significantly in the past eight years. How long can we be held accountable for our past selves?

Let Bergdorf apologize, and prove it through her actions (which she already has).