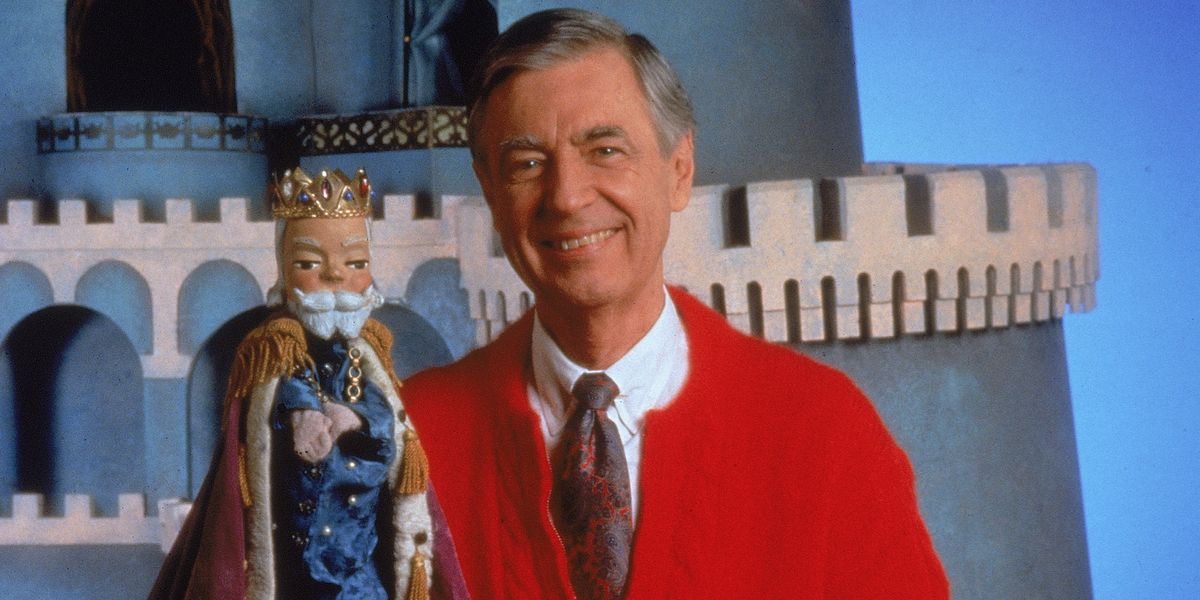 It is literally impossible to think about Mr. Rogers without getting lost in a whirlwind of nostalgia tinged with wonder at the respect one zip-up-sweater-clad adult can have for the feelings of others. His television show, Mr. Rogers' Neighborhood, was comforting and informative without being pedantic or showy — a rarity in contemporary children's television.

Today, a new trailer for the documentary about Fred Rogers' life and work, Won't You Be My Neighbor, was released. It begins with the show's producer, Margy Whitmer, describing how the show worked so well despite its "low production values and simple set." The trailer also shows clips of Rogers explaining difficult topics like divorce and death on his show with characteristic kindness and care.

Then the violins start and the trailer cuts to Mr. Rogers literally saying that love is at the center of everything, and that the greatest thing we can do is show others we love them and that they are also capable of loving, and Jesus how is anyone with a soul supposed to keep themselves together at that point (???)

The Internet is understandably weepy.

The documentary will be released June 8th. Bring tissues.


Watch the trailer, below: