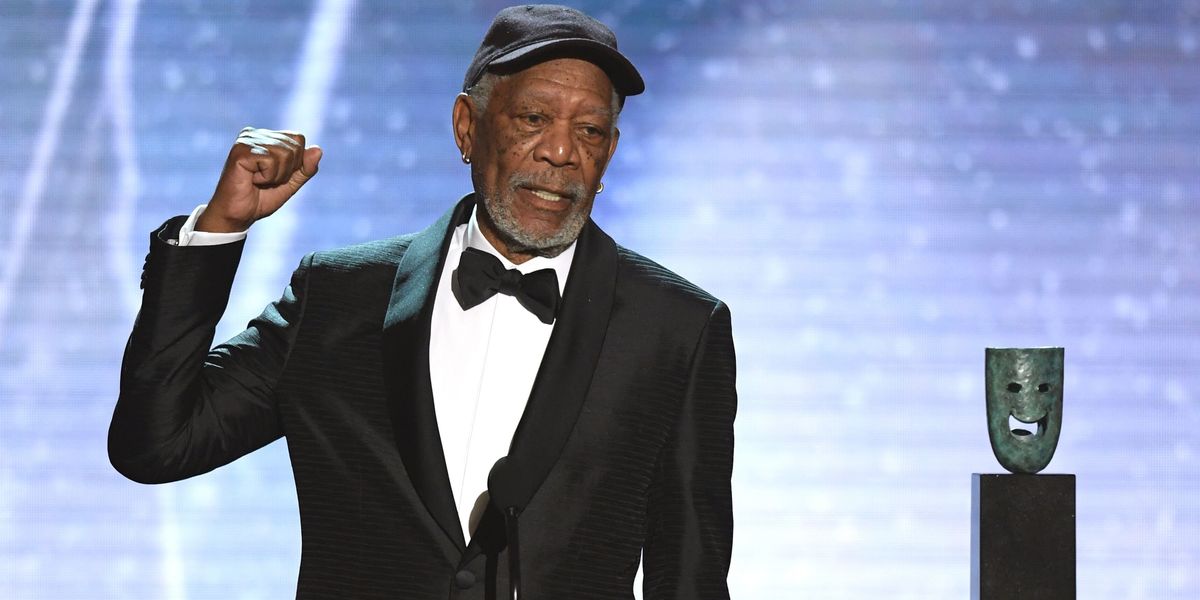 At this point in his multi-decade career, Morgan Freeman is at the level where he can do pretty much whatever he wants. Wear a dad cap to accept a lifetime achievement award at the SAG Awards? Sure, why not?

Why is Morgan Freeman wearing a baseball hat to his SAG Life Achievement Award presentation? Because he's Morgan Freeman, aka "God," and he can do whatever the hell he wants.
— Scott Feinberg (@ScottFeinberg) January 22, 2018

Immediately call out an audience member for not paying close enough attention, like a benevolently worn-out teacher on a Friday morning reminding everyone about weekend assignments? Why the hell not?

It was the schoolmarm-y call out that had people online laughing:

i think someone was talking or texting during morgan freeman's speech and then he called them out and now i'm dead pic.twitter.com/W014rnEDAd
— David Mack (@davidmackau) January 22, 2018

But the 80-year-old actor also took a moment during his speech to call out the gender-specific statue given as an award. "I'm gonna tell you what's wrong with that statue," the actor said. "It works from the back. From the front, it's gender-specific."

Ohhhh watch out!! Not to be undone, #MorganFreeman calls out @sagawards “actor" trophy, stating “from the back it works, but from the front it's gender specific. Maybe I've started something?!" Indeed you have and I'm here for it! 🙌🏼 #TimesUp #SAGAwards2018 pic.twitter.com/QwPqnY7xT7
— Lizza Monet Morales (@xoxoLizza) January 22, 2018

Freeman has been in at least 83 films during his career, playing God in many of them. A true icon.