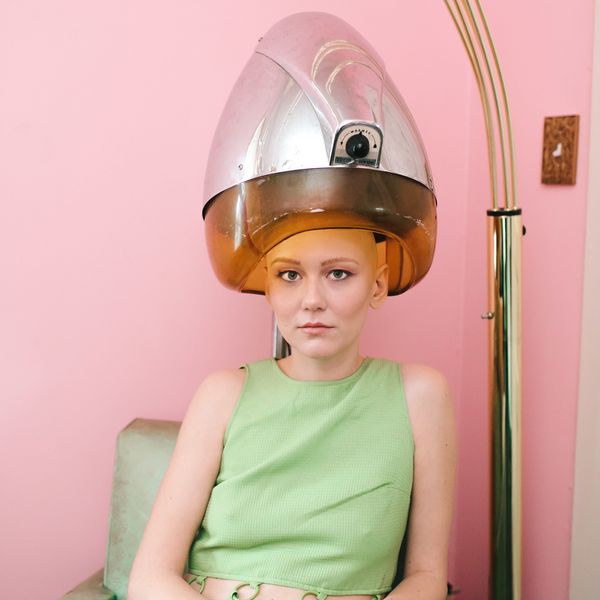 This March, Molly Tuttle joined millions of Americans sheltering at home when a tornado ripped through her East Nashville neighborhood. Having grown up in California and touring music across the world for the majority of her life, the singer-songwriter and guitarist was forced to find new ways to channel her creativity in isolation.

Along with LA-based producer Tony Berg, who lived 2,000 miles away, Tuttle began recording an album of cover songs spanning decades and genres. She taught herself Pro Tools and engineered her parts alone, sending files back and forth with Berg, and enlisting local talent to play instruments on the project. Names like Matt Chamberlain and Patrick Warren joined in, all collaborating to birth ...but i'd rather be with you — a 10-track album on Compass Records.

Related | You Will Love to Love Wrabel

Tuttle, who has Alopecia and often performs live with a wig, released today her cover of The Rolling Stones' "She's a Rainbow," and with it a music video that features tons of familiar faces (We see you, Wrabel). With statements like "Smash Patriarchy" and questions like "What does it mean to make feminism intersectional?" the video aims to "drive the point home that feminism and equality require work from all people."

"She's a Rainbow" is just one taste of Tuttle's covers, including her take on FKA Twigs, Harry Styles and the Yeah Yeah Yeahs. "I love so many types of music, and it's exciting to be a part of different musical worlds," she says in a press release, "but when I'm creating, I don't think about genres or how it will fit into any particular format — it's just music."