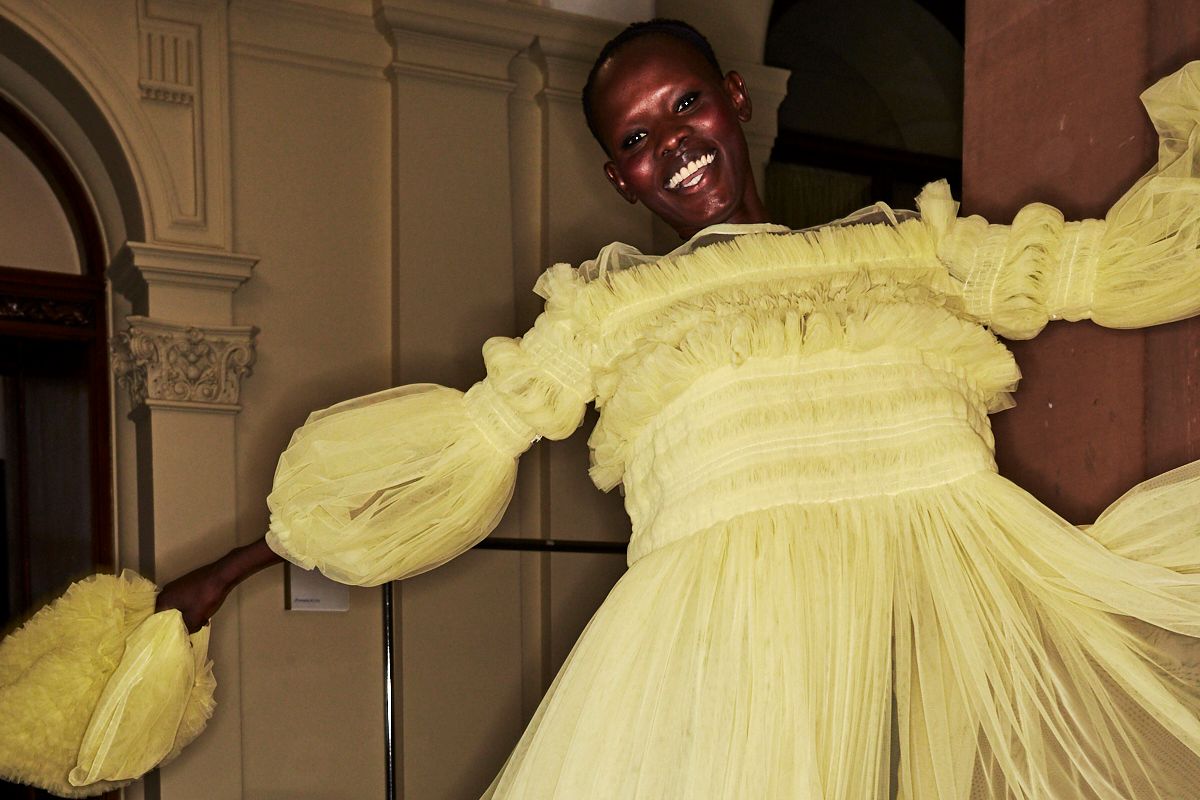 London designer Molly Goddard is best know for her voluminous tulle dresses in all shades of the rainbow. Her latest fall 2019 collection was no doubt full of them; but in different iterations then we've seen before. This season also focused on entirely new pieces from the designer — like prim and proper tailoring and prairie silhouettes. Here's everything else you need to know about the show.

Clerical looking yokes and ruched bodices in shades of neon brought a stark contrast to the collection. These pieces stood out as a modern spin on the prairie dressing trend, with the signature Molly Goddard aesthetic of course.

Goddard also showed a selection of her puffed up tulle confections in shades of seafood green, pale yellow and neon pink. In some cases, the silhouette was reinvented with sheer tops and gathered bottoms which added massive amounts of playful volume.

Aside from the puritanical neon dresses, there were several long tailored coats and drop waist maxi dresses in shades of sand, beige and grey that had a much more conservative, modest look. One such structural low-cut dress had an argyle shirt underneath it. Balaclava bodysuits were worn under other dresses too.

Speaking of argyle, patchwork cardigans and sweaters were styled over several of Goddard's more traditional pieces.

In addition to the sheer balaclava bodysuits, many of the models in the show wore knitted versions attached to scarves that wrapped around each of their necks. Worn with transparent chunky tulle styles, the visual contradiction was stunning.