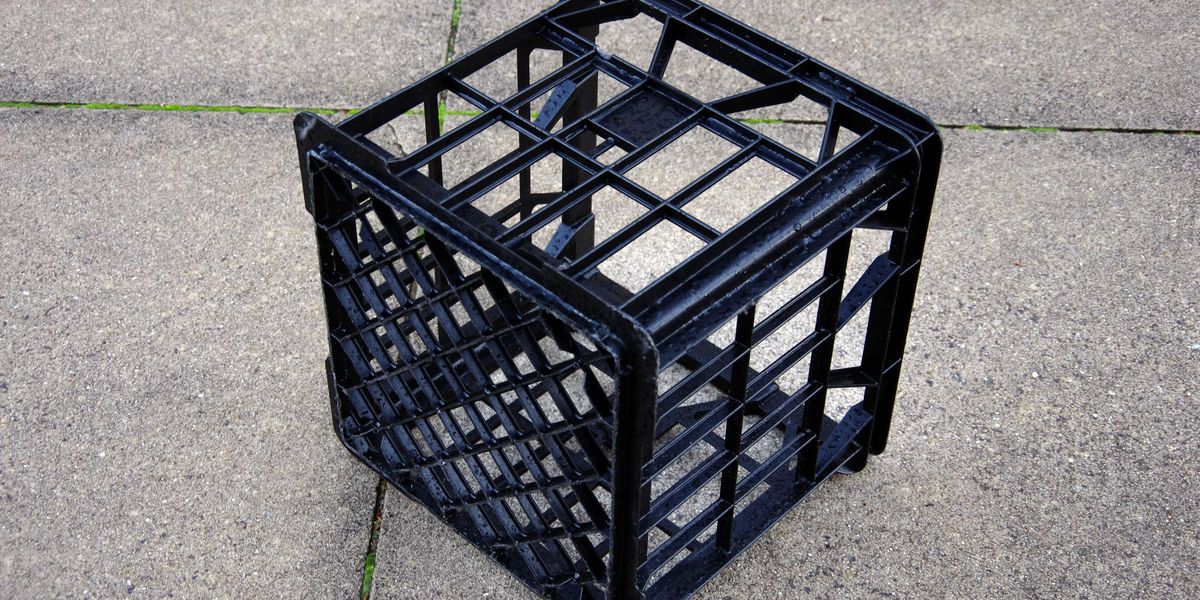 The 'Milk Crate Challenge' Has Taken Over Social Media

Just when you thought you'd seen it all, the internet's come up with another harrowing challenge — and this one involves milk crates.

In case you've been offline for the past week, the hottest new trend is the aptly dubbed "Milk Crate Challenge," which involves climbing a not-so-stable pyramid made of milk crates — to varying results. And our biggest takeaway from watching a million of these videos? That this particular challenge definitely isn't for the faint of heart. Or anyone who doesn't have an Olympic-level amount of balance and skill.

However, it looks like this is just the beginning of the Milk Crate Challenge, as KnowYourMeme claimed the trend just went viral in on August 13 thanks to a Facebook Live. Given the nature of the internet though, the challenge soon found a home on TikTok and has now made it to Twitter, where videos of the stunt — successful or not — have continued to rack up millions of views.

Perhaps it's because a few people have made it look so easy, with some even one-upping the challenging by performing it with everything from books to blunts to bottles of booze. And while we're going to have to give the honor of "Best Milk Crate Challenge" to the woman who did it in heels, as others pointed out, falling off of a stack of eight milk crates is more than a little bit dangerous. So for legal reasons, we'd strongly advise you not to try this at home, and you can see why for yourself, below.

Here we have the official Gold Medalist of the Hood Olympics
pic.twitter.com/bU6X0eHBei

People doing this like they have the best health insurance... pic.twitter.com/6znbsi8h0a

With the power of Casamigos invested in him 😂😂 Niccas in Atlanta can do anything with Tequila involved #CrateChallenge #HoodOlympics 🥇 pic.twitter.com/94xXKAMiob

these crate challenges getting out of hand 😭😭😭😭😭😭 pic.twitter.com/1kVkTXSDwD