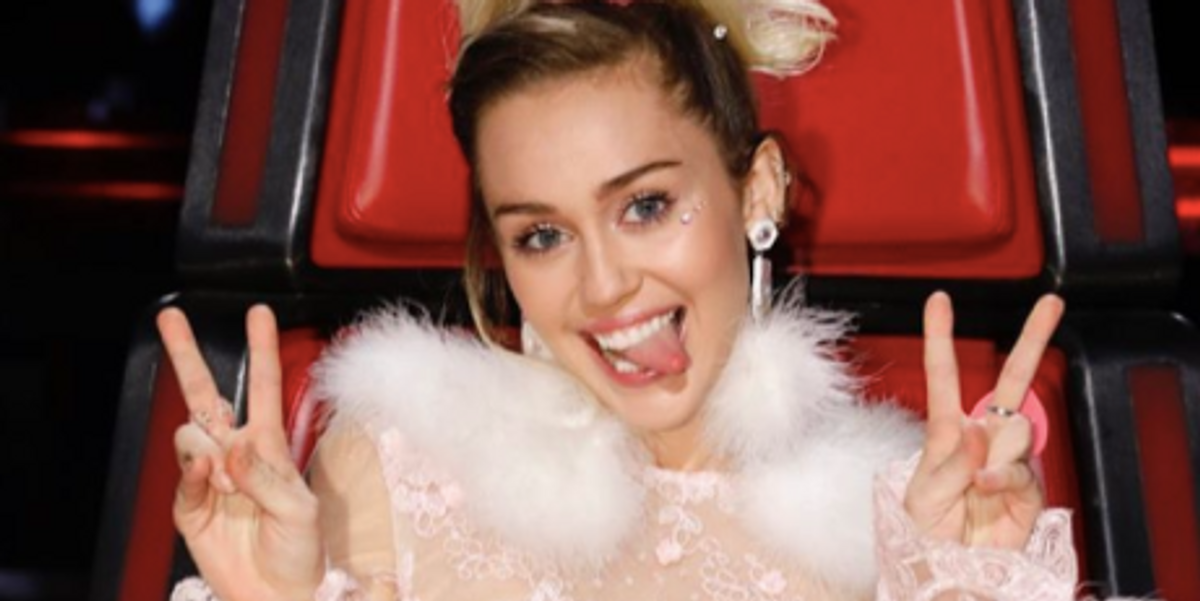 Hallelujah, hallelujah. According to a Twitter post by her dad, Miley Cyrus is busy working on some new music to bless us with.

It's been four long, dry years since Bangerz came out and Miley swung around naked on a giant wrecking ball and changed the world. Since then, Miley's mostly been busy with her gig as a coach on The Voice and flirting with rumors of a re-engagement to Liam Hemsworth, but sadly she's created no new music.

If Papa Cyrus is right, though, that will all change soon. And from the looks of it, she may have just been cocooning all this time, ready to reemerge as a still-tattooed, but softer, pinker butterfly than before: