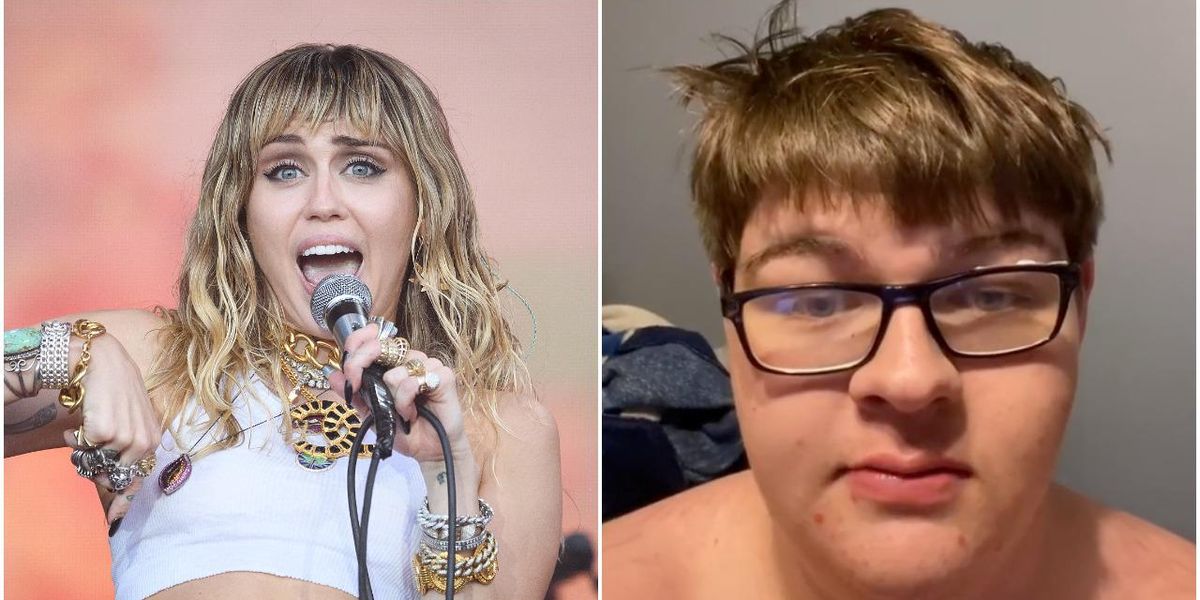 Miley Cyrus has something to say about all the speculation surrounding her love life.

Earlier this week, the star took to TikTok to tease her forthcoming remix of The Kid LAROI's "Without You" with a clever twist.

In the clip, Miley confidently poses alongside various media reports about her relationships — real and rumored — as the viral song plays in the background.

But the best part is when she takes over for the chorus, singing, "So there I go, oh/ Can't make a wife out of a ho, oh/ I'll never find the words to say, I'm sorry/ But I'm scared to be alone," before TikTok star King Moxu comes on-screen and kisses her.

According to E! News, Moxu's surprise cameo was a subtle reference to The Kid Laroi's own appearance in one of Moxu's videos from last year. Granted, leave it to Cyrus to one-up him by using Moxu to simultaneously give us a glimpse at the track and poke fun at the rumors about everything from the outright ludicrous to ex-husband Liam Hemsworth.

And though there's no word yet on when Cyrus' "Without You" remix comes out, rest assured that we'll definitely be listening when it drops — and hoping for an extended version of this video.

Watch her TikTok for yourself, below.