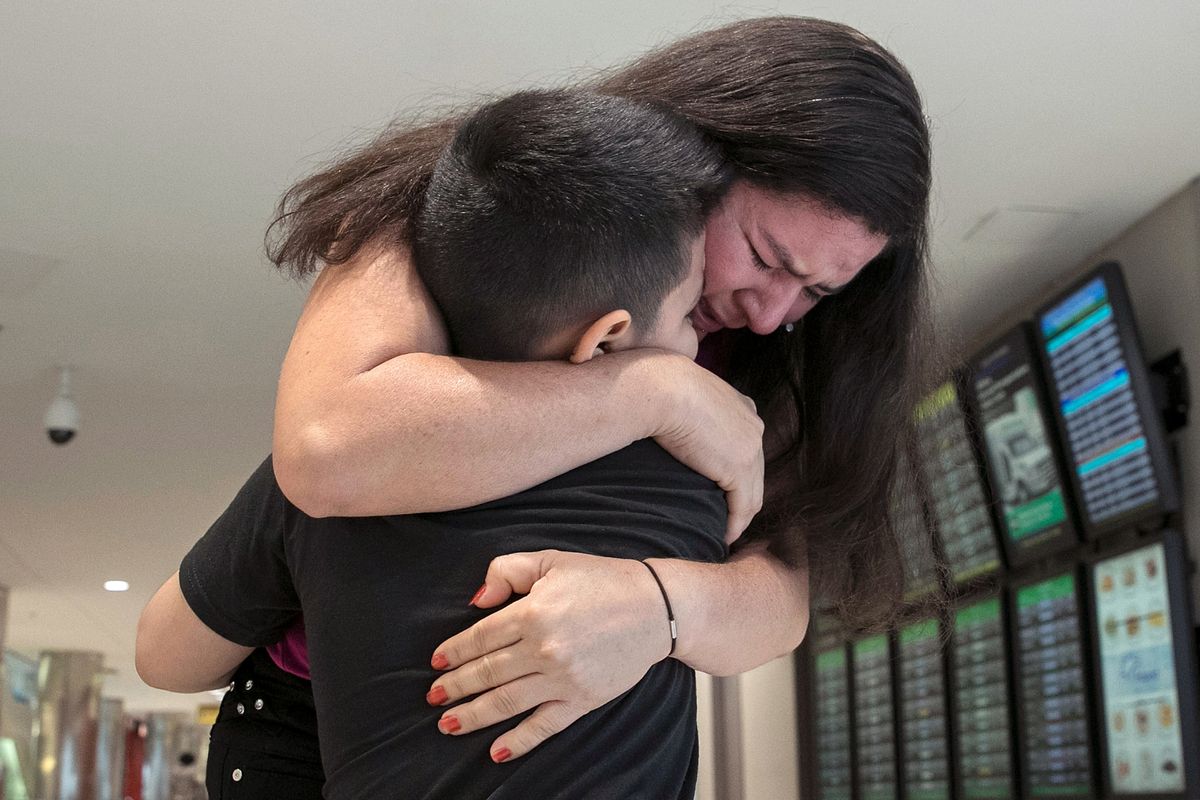 Report: Migrant Children May Be Adopted Once Parents Are Deported

The story of Alexa Ramos is, unfortunately, one of many.

Due to various holes in immigration laws, state court judges have been granting custody of migrant children to American families without notifying their deported parents, according to a new report by the Associated Press.

After looking through hundreds of court documents and immigration records, the AP reveals several cases of children being permanently and legally separated from their families, even after initial separations. It is worth noting that legal loopholes between federal law and state-run welfare programs is partly responsible for these cases.

One case in particular is that of Alexa Ramos, who was separated for 15 months from her mother, Araceli. The mother and daughter reportedly fled to the U.S. from El Salvador to escape Alexa's abusive father. They were arrested once they entered the country by U.S. Customs and Border Protection. Ramos was denied asylum — typically granted to those fleeing abuse — because of criminal charges she was facing. Instead, she was detained for months while daughter Alexa was put into foster care. Ramos was ultimately unable to find a lawyer to defend her asylum request, and as a result, was deported back to El Salvador. In the report, Ramos claims that a border patrol agent forced her to sign a waiver that would leave Alexa behind in the states.

"The reality is that for every parent who is not located, there will be a permanent orphaned child," U.S. District Judge Dana Sabraw said in August. (For further context, Sabraw was the judge who, back in July, ordered the Trump administration to return children separated at the border to their families within 30 days).

The rest of Alexa's journey through foster care sees her being adopted by Michigan parents Sherri and Kory Barr, who reportedly (and repeatedly) ignored requests to be returned to her mother Araceli, including those sent by the Department of Homeland Security and the Salvadoran government.

The Department of Justice said that the Barrs "obtained their temporary guardianship order in violation of federal law." The Barrs' attorney and the Michigan judge granted the parents guardian status over Alexa were also found to have violated federal law by failing to tell Alexa or her mother about the guardianship proceedings.

Alexa was ultimately returned to her mother in February 2017, with the report noting that she was at first hesitant to play or eat, and at first wanted to be back in Michigan. The AP's unearthing of Alexa's story feels important to spotlight in light of the resurgent family separation crisis at the border. There were 300 parents were deported to Central America without their children just this summer alone, as part of the Trump administration's "zero tolerance" policy. Alexa's story is just one of many that we actually have on record.