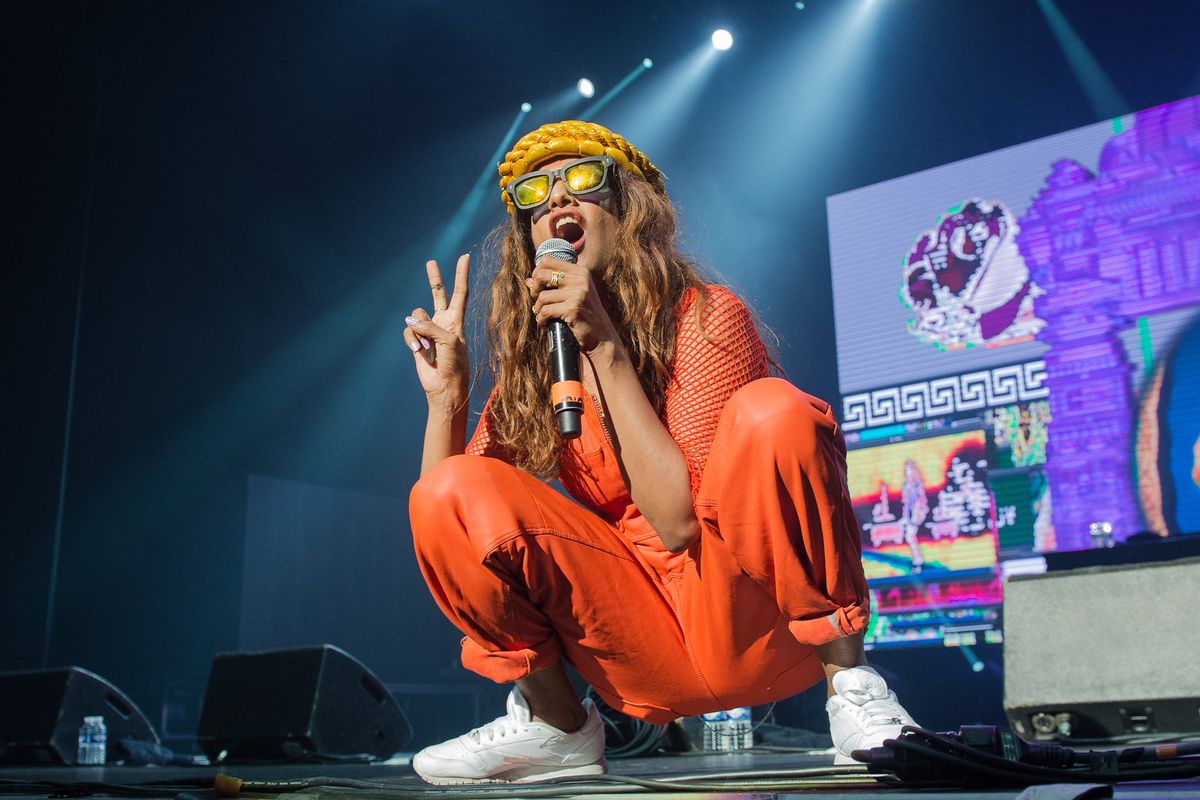 M.I.A. documentary MATANGI / MAYA / M.I.A was a major success at the Sundance Film Festival, garnering heaps of praise. A chronicle of M.I.A's (born Maya Arulpragasam) life as a refugee turned pop star, the film, directed by Steve Loveridge, features never-before-seen personal video and recordings. M.I.A. once dreamed of becoming a documentarian, and so the movie is full of raw confessionals that the star filmed herself.

MATANGI focuses on the musician's identity as an immigrant and her role in Sri Lanka's Tamil resistance movement, for which there's been significant backlash. The doc also provides an intimate look at her family, including her complicated relationship with her father, Arular, a former member of the Tamil Tigers.

"You've got access to a microphone," she says. "Please use it to say something."

MATANGI hits US theaters on September 28th. All we want to do is *gunshot* *gunshot* *reload* *cash register noise* watch this movie.